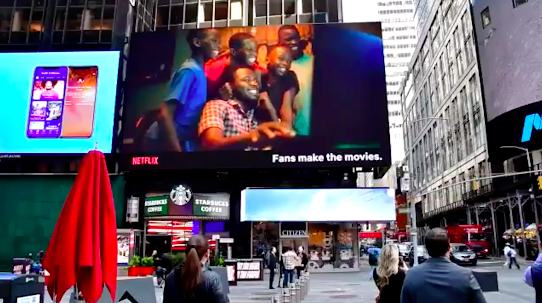 Sharing their Times Square feature, Ikorodu Bois shared a video on Twitter with the caption: “From Ikorodu to Times Square, New York!”