Attacks: Security agencies now run to us for help – South-East residents cry out 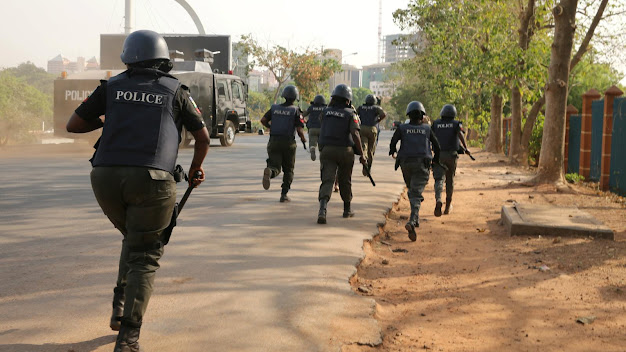 Those who are saddled with the responsibility of securing the lives and properties of Nigerians are no longer secured in some parts of the country, particularly the South-East and parts of South-South.

A News Agency recalls that there have been series of attacks on security personnel and public facilities in the regions, particularly Imo State in the South-East.

More worrisome is the unprecedented attacks on security operatives in Akwa Ibom and Rivers State a few days ago that led to the death of about 12 police officers who were on duty.

Recall that gunmen at the weekend attacked a Divisional headquarters in the Odoro Ikpe in Ini Local Government Area of Akwa Ibom State, gunned down five officers and one civilian.

The State Police Public Relations Officer, SP Odiko Macedon, who confirmed the incident to A News Agency correspondent on phone, said the police command would ensure that the assailants were arrested and prosecuted.

According to the PPRO: “Yes, there was an attack of the Divisional Police Headquarters, Odoro Ikpe.

“Six persons, including five officers and a wife of an officer, were killed.”

He said items destroyed included vehicles and other valuables.

“I urge the good people of Ini LGA to stay calm as we are working with relevant security agencies and the state government to ensure that the situation is contained and necessary modalities put in place to forestall a reoccurrence.

“There is no cause for fear as the culprits will be brought to book in no distant time,” he said

Similarly, unknown gunmen killed at least seven police officers at different points in Rivers State between the same day as some stations were attacked and destroyed.

The Police Public Relations Officer, PPRO, SP Nnamdi Omoni, in a statement on Saturday said that the attack which took place at 8:30 pm, on Friday was carried out by “unknown gunmen who drove in two branded Hilic vans.”

Omoni said two policemen were killed by the gunmen at a special checkpoint between Choba community in Obio/Akpor and Emohua Local Government Areas and burnt a private car belonging to one of the officers.

The Rivers Police Spokesman said the second attack was launched on a police station in Rumuji, a town along the Bayelsa axis of the East-west road in Emohua LGA and dropped two more policemen dead and set a police patrol van ablaze.

According to the PPRO, the third attack was launched on another police station in Elimgbu Community in Obio/Akpor LGA, where three additional police officers were killed.

Some concerned citizens in some of the affected areas who spoke with A News Agency on the telephone said the security agencies were no longer secured in the region, stressing that they were also in need of help.

A trader in Rumuokoro market Port Harcourt, who spoke with A News Agency  correspondent, lamented the level of insecurity in the State.

“Some security personnel in this part of the country are always scared of going to work for the fear of been attacked.

“I remember recently when there was an attack around this area, some of the police officers removed their uniform and joined as civilians so that they will not be killed.

“There is no day you will not hear news about killings in this state. First, it was cult activities when the rival cult groups were disturbing the peace of the state.

“Secondly, it was the fear of Fulani herdsmen in various villages across the state

“The insecurity in Rivers State has taken another turn since security situation got deteriorated across the country recently.

“It is no longer the usual cult war that the state is known for. Right now nobody is safe.

“When there are security problems in your area, the normal thing is that you run to a police station to be secured till probably when the situation is calm but the game has changed.

“The security agencies, police officers, the Nigerian army and other operatives now run to us for help. They are no longer safe. And our government is not helping matters.

“Our people keep dying on daily basis. This is not the Nigeria that I know. How we suddenly landed in this unquenchable firs remains unknown to me”.

A serving member of the National Youth Service Corps, serving in one of the villages in Orlu in Imo State, who pleaded not to be mentioned in print, regretted having the area as her Place of Primary Assignment, PPA.

She said the worsening security situation in Orlu is threatening the lives of corps members in the various communities.

“We are strangers here, we don’t know anybody so when there is a problem, we hardly know where to go.

“Although the citizens are good people and they are nice to us but that does not guarantee our safety. We are in God’s hand.

“Security operatives particularly the Nigerian army has assured us of our safety but the big question is, are they even safe?

“NYSC management should stop posting corps members to this part of the county maybe till normalcy returns”.

A News Agency reports that Orlu the second largest city in Imo State is relatively the epicentre of attacks on police formations in the South-East region.

However, the Federal Government on Tuesday declared that the killing of security operatives in some parts of the country amounted to a declaration of war on the country.

Minister of Information and Culture Lai Mohammed while reacting to the incessant attacks during a press conference in Lagos, condemned the trend, stating that the perpetrators would pay dearly for their actions.

According to the Minister: “I want to say, unequivocally, that any attack on our security men and women is an attack on the state and a declaration of war on the nation. It follows, therefore, that this will be countered with overwhelming force.

“Whether known or unknown gunmen, those engaged in this dastardly act will pay dearly for their actions”.

Similarly, President Muhammadu Buhari on Tuesday during the security meeting which has been on since a week ago, approved new security measures specifically for the South East and South-South geo-political zones of the country.

The acting Inspector-General of Police, Usman Baba, who, briefed journalists at the State House shortly after the meeting, refused to reveal details of the measures.