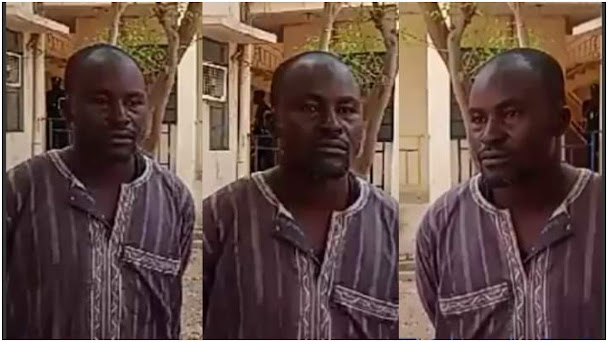 The Katsina State Police Command has apprehended one Muhammadu Aliyu for allegedly sexually molesting an underage boy in Katsina.

Aliyu, 41, of Abbatoir Quarters in Katsina town was described as a homosexual and serial rapist fond of sexually molesting minors.

The suspect, popularly referred to as Danmaiwaina, was caught in the act having an unholy act with a minor when luck ran out of him.

He said the suspect admitted to have abused the minor several times and equally confessed to having committed other related offences.

“I have abused the boy for the fourth time. I was offered a charm by a ritualist that I should be doing this action throughout my lifetime.

“And according to what the ritualist told me then, if I go to anyone that is holding a big position and advise them, they will surely listen to me and act on it,” the alleged serial rapist said.

The suspect who was apprehended in the company of two of his victims was alleged to have initiated another minor who in turn has also abused another three-year-old boy for the third time.

Recall that in the first quarter of this year, 2021, over 240 persons were charged with criminal cases related to rape and banditry in Katsina State.