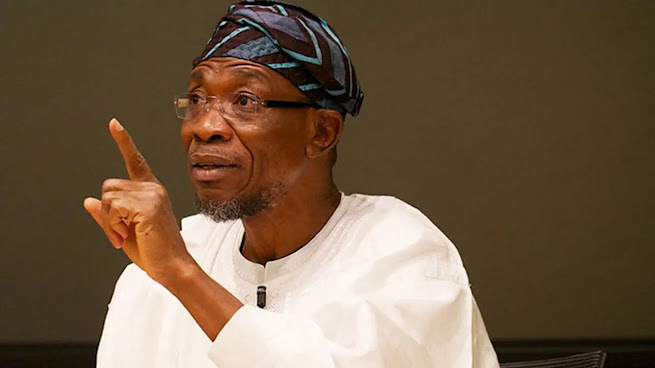 The Minister of Interior, Rauf Aregbesola, has downplayed the possibility of joining the 2023 presidential race.

Aregbesola said proper consideration must be done before he jumps into the 2023 presidential race.

The former governor of Osun State, who spoke at a virtual colloquium with the theme: “Africa: Interrogating the Leadership Questions” in Abuja, was responding to questions on his plans to run in the 2023 presidential election.

Aregbesola stated that he belonged to the class of focused and serious politicians.

He said: “I have no response to that. I belong to a group of focused, serious politicians who don’t on their own just jump up and pursue ambitions, I have never done that before and I won’t start that now.

Some time ago, there were reports of rift between Aregbesola and his political “godfather” Bola Tinubu, National Leader of the All Progressives Congress, APC.

The alleged rift was said to be connected to Aregbesola’s move to join the presidential race in 2023.

Aregbesola’s move to contest the presidential election was said to have led to the emergence of factions within the Governors Advisory Council, GAC, in Lagos State.

Tinubu, however, dismissed the reported rift with Aregbesola, saying GAC had disbanded all factions within its fold.

The APC National Leader had described the claims of rift with the Minister as false.