A mum left in a wheelchair due to a severe reaction to a Covid-19 vaccine is still encouraging others to take the vaccine.

Sarah, of Glasgow, shared graphic photos of the horror rash which spread all over the body and face, the Daily Record reports.

NHS doctors confirmed the mum-of-one's symptoms were caused by her body's reaction to the AstraZeneca vaccine.

Sarah started having a tingling rash about seven days after taking the vaccine. She called her GP but ended up going to Queen Elizabeth University Hospital's A&E department after the blisters spread across her body. 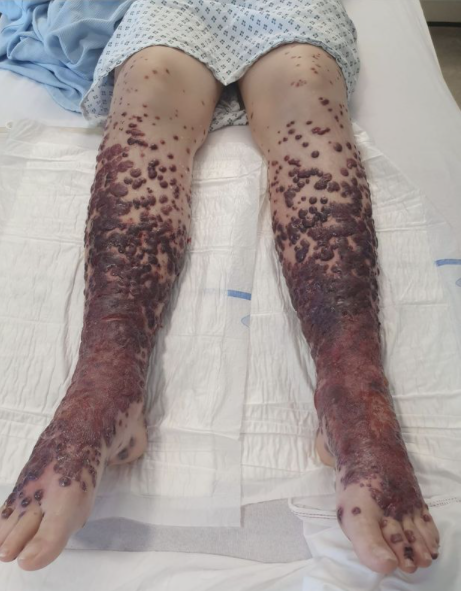 She said: "I ended up asking my husband to take me to A&E and when I got there, my heart rate was sitting at 160bpm which they were very concerned about.

"I got put on an ECG machine."

She tested negative for a series of tests but a reaction to the jab was found on the second of two biopsies.

Sarah said: "Once they found out that it was a reaction to the vaccine, they put me on steroids and that really seems to be helping my progress.

"I’m currently using a wheelchair as well just because I can’t walk with my legs getting bandaged up every day and the blisters on the souls of my feet. 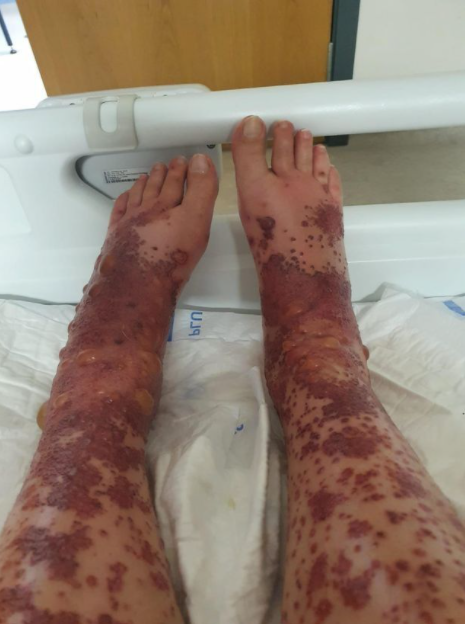 "For the first eight to nine days, I was on quite a bit of morphine but I started to gradually come off the stronger stuff."

Sarah praised hospital staff after being allowed to recover at home on April 12.

She said: "I still believe people should be vaccinated and the amount of people that have had it and have been okay shows that it is safe for most.

"I just want people to be aware that there are some reactions that can occur and not to ignore any rashes. 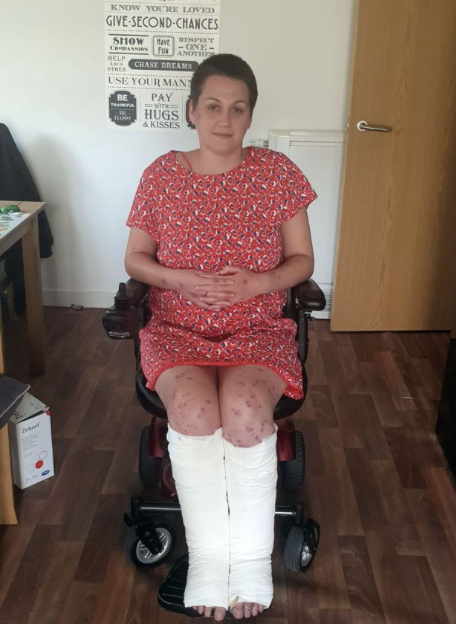 "It’s not to scare people but just in case this does happen to anybody else, it means they’re going to get the treatment straight away."

Sarah, who also developed the rash on her arms and buttocks alongside an abscess on her face, is urging others to be aware of changes in their body after receiving the jab. 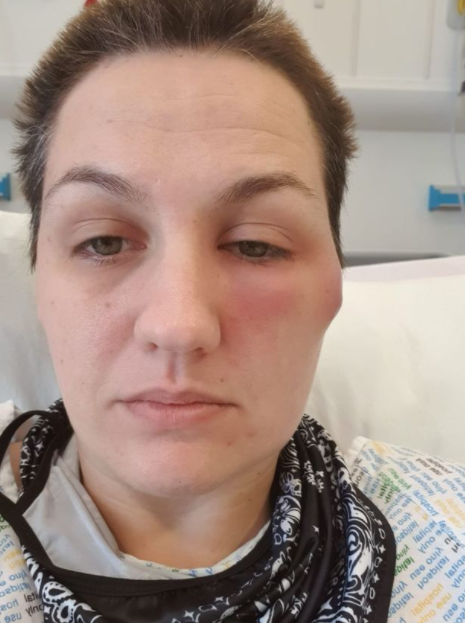 An NHS Greater Glasgow and Clyde spokesperson said: "We continue to urge anyone invited to come forward for their vaccine.

"It is normal for vaccines to cause potential side-effects.

"These side-effects need to be continuously balanced against the expected benefits in preventing illness."