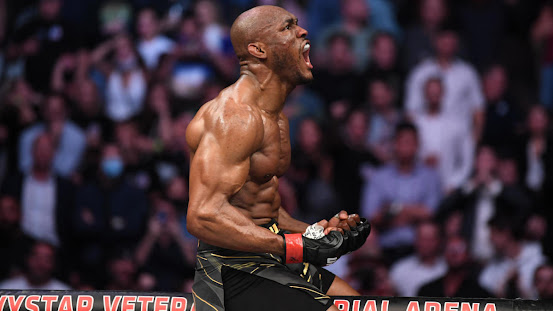 Throughout round one, the two men fought in an exciting back-and-forth fight, with both men having success on the feet and Usman scoring a major takedown halfway through the round.

In the second round, Usman connected with a big straight right hand that sent Masvidal falling to the floor, resulting in a knockout victory.

Usman’s victory lifted his record to 19-1 and stretched his undefeated streak to 18 fights, including 14 consecutive UFC victories.

Check out the video below:

Celebrating his victory, Usman took to his Twitter to share an incredible photo of him with the accompanying caption; “AND STILLLLLL!!!”.