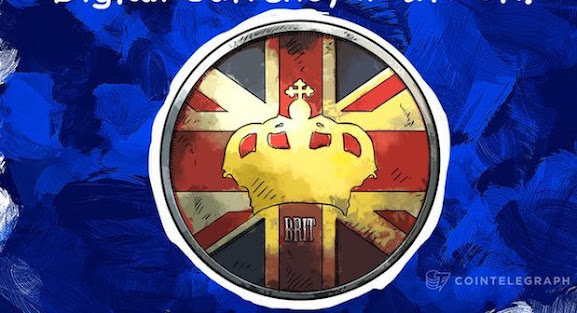 The UK government is exploring the possibility of creating a new digital currency that could be known as Britcoin".

The Bank of England and the Treasury said on Monday, April 19,  that they will work together to assess the benefits of a central bank digital currency amid reports cash payments are generally on the decline, partly as a result of the coronavirus pandemic.

The bank said the new currency if it comes to pass, would be a new form of digital money for use by households and businesses and would exist alongside cash and bank deposits, rather than replacing them.

"The Government and the Bank of England have not yet made a decision on whether to introduce a CBDC in the UK, and will engage widely with stakeholders on the benefits, risks and practicalities of doing so," the BoE said in a statement.

At the financial industry conference, British finance minister Rishi Suna said: "We're launching a new taskforce between the Treasury and the Bank of England to coordinate exploratory work on a potential central bank digital currency (CBDC)."

"Our vision is for a more open, greener, and more technologically advanced financial services sector," he told a fintech conference. "And if we can capture the extraordinary potential of technology, we'll cement the UK's position as the world's preeminent financial centre.

Soon after, Sunak tweeted the word "Britcoin" in reply to the finance ministry's announcement of the taskforce. 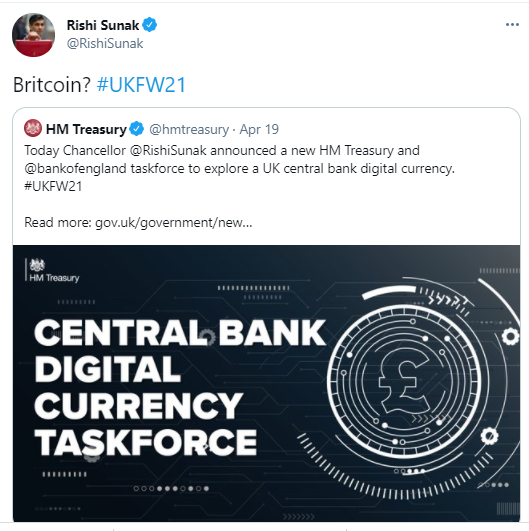