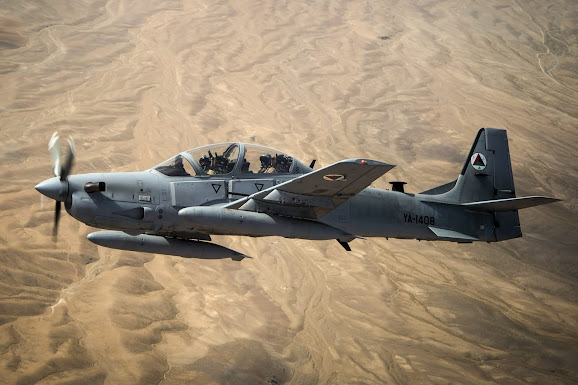 Nigeria is expected to receive six of the 12 Super Tucanos ordered from the United States in mid-July, the presidency said on Tuesday.

According to presidential spokesman, Garba Shehu, 14 Nigerian pilots are currently training with the aircraft at the Moody Air Force Base in Georgia.

Mr. Garba posted a video of what appeared to be test-flight operations on his verified Twitter handle.

The video was credited to the Sierra Nevada Corporation, a private American aerospace firm.

The announcement comes after the Chief of Army Staff, Lieutenant-General Ibrahim Attahiru, appeared before a committee of lawmakers at the House of Representatives on Monday.

The committee is reviewing the purchase, use, and control of arms, ammunition, and related hardware by the military, paramilitary, and other law enforcement agencies in Nigeria.

In March, the National Security Adviser, Babagana Monguno had been quoted by the BBC as suggesting that funds for arms procurement had gone missing under the immediate past Service Chiefs.

The Office of the National Security Adviser later put out a statement saying Monguno had been quoted out of context.

But with an insurgency still alive in the country’s North-East and the increasing threat of banditry in North-West, critics have continued to question how well-equipped the country’s military is.

Mr. Shehu himself has admitted that the army has had some problem with procuring equipment, as they arrive “in bits and in pieces.”

According to Mr. Shehu, during an interview on Channels Television’s Politics Today last March, procurements made have not been fully delivered.

“In August 2018, they allowed the Nigerian government to buy 12 super Tucano aircraft suitable for the kind of war we are fighting in the North-East,” he said at the time.

“In addition to that, other arms of the military have also made procurements. The navy has done nearly 100 percent of their procurement — equipment delivered.

“The airforce has bought a number of attack helicopters — 35 helicopters from Ukraine. Some of them have been commissioned on national television.

“We have bought a lot of drones, but with the army, there have been problems with procurement. Equipment has been coming bits and in pieces.

“This is not ideal. In fact, our biggest procurement is coming from the UAE. As I speak to you now, it is held up in a situation only diplomacy will resolve. We were talking to them last week; the Nigerian minister of defence actually had a meeting with the ambassador of the UAE to Nigeria, and the idea is to resolve this so that the equipment held up will be released. We need them here.”