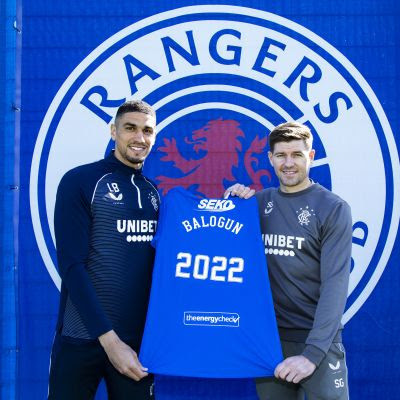 Following his impressive debut campaign in Scotland, Rangers have confirmed the extension of Leon Balogun’s contract which will keep him at Ibrox Stadium until the summer of 2022.

The 32-year-old Nigeria international joined Rangers on a free transfer from Wigan Athletic last July and he has been a key part of Steven Gerrard's side as they marched to the premier league title with a 33-match unbeaten streak.

“Today is a very happy day and a very proud day announcing my contract has been extended for another year,” Balogun told the club website.

“I am proud to be a part of this amazing club and I felt that pretty early on I had fallen in love with the club and the working environment, the way the players and the management staff work and the way the club is a big family, I am happy and proud that I can call myself a Rangers player. 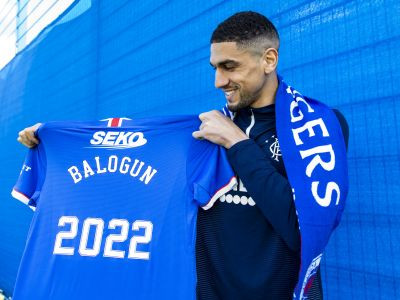 “I am happy to be a part of the team that won the league, but what we have been saying recently is we are just getting started and I am happy that I can be a part of this. I said a few weeks in to one of my family, I wish I had been at a club and an environment like this early-on in my career.

“I am very, very happy and proud that this can now be announced. One thing too, I was never going to leave before witnessing a full Ibrox Stadium, and if everyone was happy, I was going to stay.”

“Before we even consider the quality of his football I am delighted that we will have Leon’s character, personality and professionalism here with us at Rangers again next season,” Wilson said.

“Leon joined us last summer on a free transfer and has played an outstanding part in our success as a team and towards a cohesive defensive unit. He loves being a Rangers player and has settled extremely well into life in Glasgow.”

Rangers manager Steven Gerrard continued: “I am delighted to secure the services of Leon for another year. Leon has been a consistent performer for me this season and has played a key role in strengthening our defence.

“His professionalism is obvious both on the field and in the dressing room as well. He is a role model for other players and has been a very positive influence within the squad.

“Although he is now 32, he can clearly continue to have a key influence in our squad for another year. I know that he is still ambitious to become a better version of himself and I know he is hungry for more success.”