Oduduwa Republic: What is in for us - MURIC inquire from secessionist 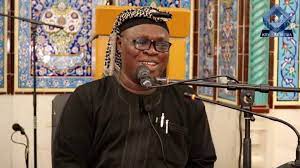 Muslim Rights Concern, MURIC, has asked Oduduwa Republic agitators to state what they have in stock for Muslim children and women in the South West and what their plan is for hijab.

MURIC also wants to know if there is any provision for civil shariah which “Yoruba Muslims have been demanding for ages.”

The Islamic group said it was drawing the attention of the agitators of Oduduwa Republic to the plight of Muslims in Yorubaland.

It said that leaders of the groups agitating for breakaway must admit that there is a strain in Christian/Muslim relationship in the South West and must profer solutions to addressing it.

He said, “we draw the attention of the ideologues of Oduduwa Republic to the plight of Muslims in Yorubaland. Leaders of the groups agitating for Yoruba breakaway must admit that there is a strain in Christian/Muslim relationship in the South West and profer solutions instead of blackmailing and accusing it of formenting trouble in the region. It is the height of hypocrisy and it will not help the cause of the Yoruba nation.

“We, therefore, ask the Yoruba agitators, what do you have in stock for Muslim children and women? What is your plan for hijab? Is it as dictated by CAN? Is there any provision for civil shariah which Yoruba Muslims have been demanding for ages? The response of the agitators to these questions will go a long way in determining their readiness to tolerate Muslims or the plot to continue oppressing us,” the statement added.

“Evangelist Joshua Olalekan Ifede must have woken up on the wrong side of the bed.

“Who said there is religious tolerance in Yorubaland? The female Muslim teachers addressed by Evangelist Joshua are all of Yoruba stock just like the evangelist himself, but that did not stop him from stereotyping them.

“We therefore call on the state government to clarify its position in this diplomatic conundrum. Ogun State Muslims will, thereafter, know the next line of action. Nobody should think that Nigerian Muslims will abandon their women in the hands of oppressors of women and certificated Muslim-haters. We assert that all options are on the table except violence.

“This man has exhibited extreme hatred for Muslims. We have no confidence in any promotion exercise conducted under his supervision.

“Evangelist Joshua has failed to separate the calling of the church from his official duty as chairman of the Commission in whose hands is the welfare of both Muslims and Christian teachers.”