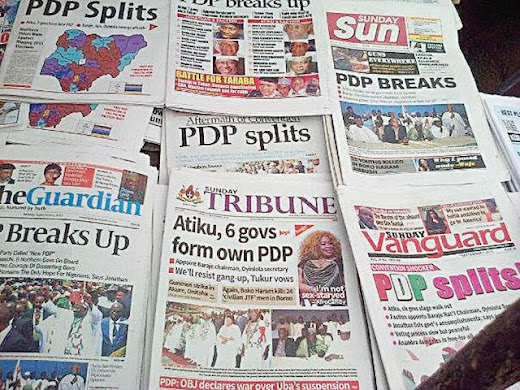 3. An operative of the Oyo State Security Network and Amotekun Corps, 25-year-old Suleiman Quadir, was killed by bandits yesterday in Oyo town of Oyo State. The Commandant of the Amotekun Corps in the state, Col. Olayinka Olayanju (retd), confirmed the death.

4. Yourba socio-political organisation, Afenifere, on Wednesday, vowed that there would be no general elections in 2023 unless the 1999 constitution is scrapped and a new one which includes fiscal federalism is agreed on by Nigerians. Leader of the organisation, Ayo Adebanjo, stated this while speaking on Arise TV programme yesterday.

5. Gunmen continued their reign of terror, yesterday, with attacks on a police station in Enugu, four villages in Zamfara and a university in Kaduna. Scores were abducted, while others were killed during the attacks.

6. Movement for the Actualisation of the Sovereign State of Biafra (MASSOB) on Wednesday, warned youths in the South East and South-South against having anything to do with the Nigerian military, urging them to join Igbo security outfit, Ebubeagu. MASSOB’s Director for Information, Sunny Okereafor stated this yesterday.

7. The United Kingdom yesterday said that all asylum and human rights claims from Nigerian nationals are considered on their individual merits in accordance with its international obligations. The British High Commission stated this on Wednesday.

8. A suspected notorious major supplier of illicit drugs in Abia State, Chibuike Apollos, was on Wednesday arrested during an early morning raid on his hideout at Mbausi in the Isialangwa North Local Government Area of the state. The spokesman for the National Drug Law Enforcement Agency, Femi Babafemi, said this in a statement.

9. Acting Inspector-General of Police Alkali Usman Baba on Wednesday said the police have no money for its operations despite the serious security situation in the country. He spoke at a meeting with House of Representatives’ Speaker Femi Gbajabiamila.

10. The Senate on Wednesday approved $1.5billion and Euro 995 million external loans for the Federal Government. This followed the consideration of a report of the Senate Committee on Local and Foreign Debts on the external borrowing plan of the government at plenary.