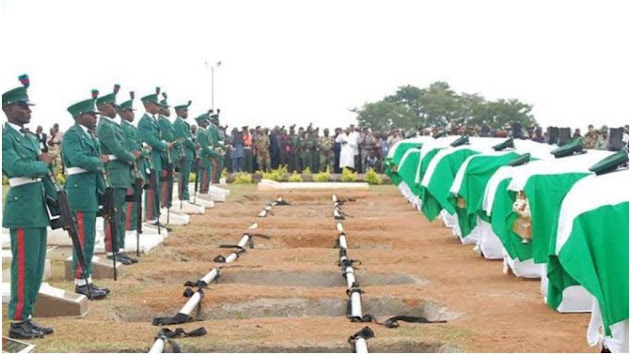 The Nigerian Army on Monday laid to rest, the remains of Captain Adeolu Adedayo and eleven other soldiers killed by bandits in Konshisha Local Government Area of Benue State.

At the different funeral service offered by the Chaplain of Protestant 401 Special Forces Brigade, Major Ibrahim Mavisky, and the Imam of the same Brigade, Captain Aliyu Bashir, the fallen heroes were described as peacemakers as tributes flowed freely.