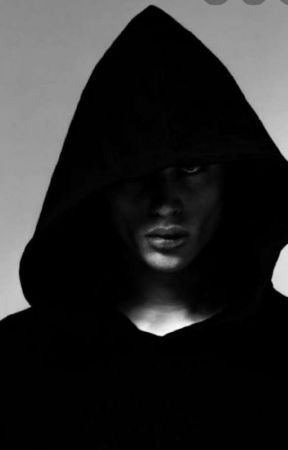 A non-preaching pastor of the Living Faith Church in Bwari Area Council, Abuja, who identified himself as H. K. M. for security reason, and one of the travellers abducted recently by suspected Fulani herdsmen along Ekpoma/Bennin road in Edo State has narrated his horrible experience while in captivity.

The victims who were abducted on March 27 and released on the first week of April, met their nightmare when their vehicle was intercepted by eight suspected Fulani militia while travelling to Benin City, the Edo State capital.

In an EXCLUSIVE interview with A News Agency correspondent in the Federal Capital Territory, Abuja after his return, the victim said their experience was similar to being to hell fire.

The pastor said the Kidnappers ambushed their vehicle, collected all their belongings before whisking them into a thick forest in a village called Irekpe town at about 8pm.

Can you tell us more about what actually happened?

I was travelling from Abuja to Benin on March 27 to celebrate Easter with my family, so when we reached Irekpe along Ekpoma/Benin road at about 8 pm, suddenly we saw torchlights that looked like police checkpoint from a nearby bush running close to our vehicle and shooting sporadically.

We were first robbed inside the bush before they ordered us to follow them in one single line; we walked five kilometres deep into the forest.

When we arrived at the hideout, the first thing I saw was burnt human bodies all over the place. The leader of the group later explained to us that the bodies were those abducted but their families could not respond to their demands (ransom).

Can you tell us what you noticed about their personality?

They are actually Fulani guys, they referred to us as cows, and they directed us the way herders direct their cattle in the bush. Only the gang leader could speak pidgin English, the rest speak the Hausa language.

They sat us down somewhere and asked us about our occupations, after which they officially declared to us that we have been kidnapped. That we should start consulting our family members to pay ransom to them, otherwise, we would be burnt like the other bodies we saw.

How much did they demand?

Initially, they demanded three million Naira ransom from each of us. We were actually 9 persons in the vehicle including the driver but the kidnappers asked three Fulani men among us to go just before we were taken to the forest but the driver was also set free the same night without ransom.

My family members and other well-wishers started negotiating until they accepted N1.5 million from each of us.

My fellow victims were tortured mercilessly, treated like animals but my own case was divine. I don’t know how it happened but they identified me as a man of God and they treated me specially. They allowed me to observe my prayers.

I was moved by the spirit of God to speak to the leader so he could repent; I told him that if he could channel the same energy to something that can benefit the general society, it would be better for him than staying in the forest.

He miraculously knelt down and asked for prayers, stating that he was tired of the business. They always referred to kidnapping as a business.

According to him, he had tried to stop but sometime ago, the Nigerian army invaded his village in Katsina State, burnt his house, cows and other property which led to the continuation of his kidnapping ‘business’.

Like I said, I prayed and counselled him and he vowed that the operation was going to be the last he is involved in. He further revealed to me that he usually feels guilty after every operation.

Was there any intervention from the Edo State government or any security agency?

There was no intervention from anywhere. We decided not to involve the police for our own safety.

It was after our release that we were informed that the Edo State Police Command had received the report.