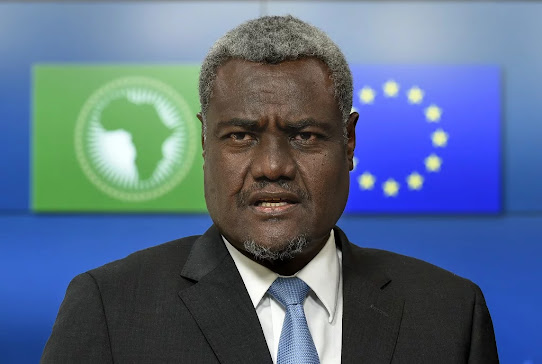 The African Union and European Union have reacted to the death of Chad President Idriss Deby.

Deby was killed shortly on the frontline after emerging winner of a recent Presidential election and re-elected for a sixth term in office.

“It’s with great dismay and deep emotion that we learnt of the death of President Idriss Deby Itno.

“I extend my sincere condolences to the Chadian people and his family,” Faki, who was Chad’s prime minister from 2003 to 2005 wrote.

The European Union’s foreign affairs chief, Josep Borrell, in a terse statement expressed his condolences to the family,

the Chadian authorities and the people.

The EU called for responsible actions, noting that the immediate priority is stability of Chad.

“The EU calls on all relevant actors to act responsibly, the immediate priority being the stability of the country and the region,” Borrell wrote.

President Deby, who rose to power in 1990, has been recognized for his fight against the Boko Haram insurgents.