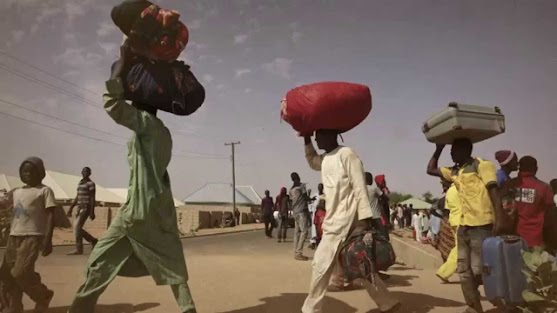 Despite being the gateway to the North-East region which has witnessed insurgency for over a decade now, leading to the death of over 200,000 people and about two million citizens displaced, particularly in Borno, Yobe, and Adamawa states, Bauchi State as of today enjoys relative peace, though the state also battles with its own form of insecurity, which, however, does not lead to extreme fear as experienced in other states.

Apart from a few pockets of Boko Haram attacks in the past, Bauchi has remained peaceful despite sharing its borders with Kaduna and Kano in the North West where banditry has taken deep roots, as well as Plateau State, where Fulani herders and farmers clash almost on a daily basis.

Multiple security sources confirmed to A News Agent that despite its relative peace, some disgruntled elements still give security agencies some cause for concern in the state, saying, however, that for now, efforts are being geared towards tackling this with a view to sustaining the peace in the state.

One of the sources confided in A News Agent that security operatives are working round the clock with a view to ensuring that bandits do not infiltrate the state in their numbers, especially with the heat being turned on them in North-West. According to the source, there are some pockets of bandits’ activities, including cattle rustling, being witnessed in some places, including in Burra forest, Gwaram, Toro and Alkaleri areas of the state, but they are being tackled head long by security agencies.

Recently, the state Commissioner of Police, Abiodun Sylvester Alabi, while briefing the press on efforts being made to combat crimes and criminality in the state, informed that the state police command arrested some cattle rustlers, armed robbers, kidnappers and bandits terrorizing parts of the state and recovered some items, including arms and ammunitions from the criminal elements.

He informed that joint task force operatives collaborating with a vigilante group, Danga Security personnel while on patrol along Riga forest base 1 at Duguri Gwana area of Alkaleri Local Government Area (LGA), ran into an assembly of some dangerously armed bandits and kidnappers, notoriously known for terrorizing the Duguri area.

“This encounter resulted in a heavy gun battle between our men and the criminals which led to the killing of two of the unknown armed bandits, while others escaped with bullet wounds,” the police boss had said, adding that an AK-47 rifle with breach No.357843, a locally made single barrel gun, sixteen (16) live ammunition of 7.62mm calibre, two cutlasses and a knife, large number of bows and arrows were parts of the exhibits recovered from the scene.

An operative of the Department of State Services (DSS), who pleaded to remain anonymous as he is not authorized to speak to the press, informed A News Agent that despite the fact that Bauchi State is not experiencing any activities of Boko Haram, as being witnessed in other parts of the North-East, security personnel were not resting on their oars in order to secure lives and property of the people of the state.

According to him, “we are working round the clock to tame kidnapping, banditry and cattle rustling here before they become a big monster in the state. Fortunately for us – security agencies, the state government has been supporting us in no small measure to aid our jobs.”

He attributed what he termed the proactive action of the state governor, Senator Bala Abdulkadir Mohammed, being responsible for the peace being enjoyed in the state. “He (Governor Mohammed) is always in contact with security agencies, giving them all the help they need. If you remember, about three days ago, the governor gave about 50 vehicles to security agencies to enhance the security situation in the State. Bauchi is a free zone when it comes to security issue,” he said.

“They are always working day and night. Because of their commitment, dedication and loyalty, the governor is very impressed. He has to give them vehicles with gadgets and everything so that it would assist them for the work they are doing. As a result of that, there is that kind of cooperation between them and they have very good information gathering, which is very important to fight insurgency and banditry. So in Bauchi, we are very lucky. We work as a team, as a family. As a result of that, Bauchi State has a very good security network.”

A civil servant working with the Federal Government in the state, who simply identified himself as Abubakar, while commending efforts being made by the government in ensuring Bauchi State remains peaceful, called for more efforts and vigilance, particularly on the part of residents of the state, noting that, “while the state government is making efforts to sustain peace in the state, the people also have a role to play. We have to supply useful information to security agencies for them to take prompt and timely actions to prevent security breach.”

”As a result of its peaceful nature, there have been the influx of people from the North-West and neighbouring North-East states into Bauchi State. This is with its attendant negative impact on the State with Governor Mohammed recently lamenting that the influx of people from neighbouring states into the state from states has overstretched the state’s infrastructures. He, however, said despite this, his administration could not afford to compromise the security of lives and property of the people of the state.

“Our population has risen from the official record of 6.5 million to about 10 million in Bauchi, thereby, overstretching our services and infrastructures.

“We have the highest number of out-of-school children, therefore, there is unemployment, youth restiveness and of course, there are infrastructure and service gaps in health, in education and even in our transportation and the rest. There is high expectation from the polity, thereby overstretching our security agencies,” he said.