Buhari has a hidden agenda for rejecting calls for restructuring, he is encouraging secession - Afenifere leader, Ayo Adebanjo 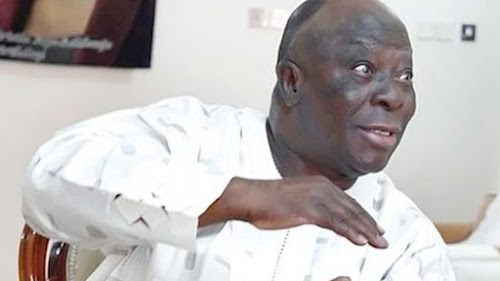 Acting national leader of Afenifere, Ayo Adebanjo has alleged that President Buhari has a hidden agenda for rejecting calls for restructuring.

“It’s that sovereign national conference, which was attempted in 2014, that Buhari has refused to do — that is the cause of the problem. If he doesn’t do it, he wants to impose this military constitution on us. And that what’s causing people, who feel cheated, to say they want to get out of Nigeria.

“We’re saying this is what will keep us together, but you’re not attending to it and you’re not giving us alternatives.

“How can Garba Shehu say the president is not interested in anything when the people have said this what they want? He is not a democrat? Did he not claim to be a born-again democrat? All the things that we see and have been accusing APC and Buhari, in particular, that they have a hidden agenda.”

Also speaking on Thursday April 22 at the service of songs and tribute ceremony held for late former Afenifere spokesman Yinka Odumakin, Adebanjo who maintained that he is not encouraging secession stated that there will be more Igbohos and Nnamdi Kanus if restructuring is not carried out immediately.

“It’s Buhari that encourages secession. Those of us calling for restructuring are the people who want Nigeria to stay. They mention Igboho, they mention Nnamdi Kanu. These people represent the youths here, because the suffering is much; the suffering is bad. And if they don’t restructure Nigeria, we’ll have more Igboho, we’ll have more Nnamdi Kanu. I don’t support secession and don’t oppose it.

“Don’t buy campaign of the people telling you that to restructure is to separate Nigeria. Buhari is not the man to come and tell me about a united Nigeria. I’ve been preaching a united Nigeria since Buhari was in primary school.”