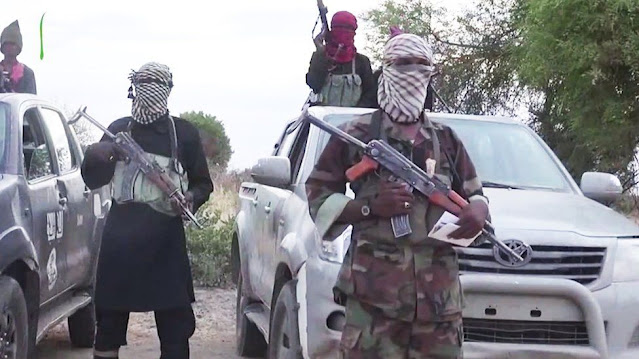 Barely 24 hours after Boko Haram militants attacked a military base in Kamuya, a town on the borders of Borno and Yobe States in Northeast Nigeria, reportedly killing four soldiers with many declared missing in action, the military authority has kept mum after several attempts to get details of the incident from them.

A News Agent has been following the reports both from the locals and other sources within the Nigerian military who had claimed that the attack on the Special Forces base – the 27 task force brigade was a big blow.

For now, the Nigerian military has restricted movement along Damaturu-Damboa-Biu Road following attacks by members of ISWAP/Boko Haram. It was gathered that the terrorists struck when some special forces of the 27 Task Force Brigade, deployed at Buni Gari had gone out on clearing patrol in the axis.
It was not clear whether or not those on patrol were part of those reported to be missing in action or the terrorists had actually displaced those left behind to guard the base.

A News Agent learnt that, the terrorists were aided by local informants and sympathisers to storm Kumuya community, and attacked villagers, the military base and destroyed heavy military equipment.

“During the attack, the terrorists used heavy weapons in destroying military equipment and patrolled the community to prevent the reinforcement of soldiers.
Yet, the troops that were already on ground, still came out and engaged them.

“The insurgents were eventually overpowered by the Nigerian troops mobilized to reinforce those initially at the base.” Sources revealed.