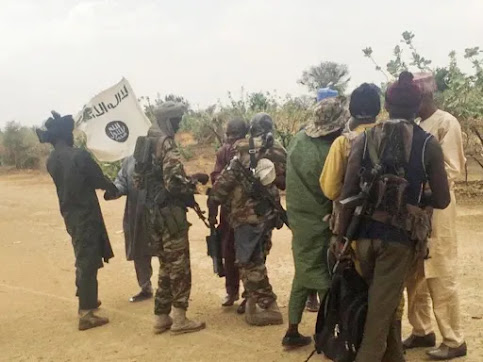 Residents of Kanamma in Yunusari Local Government Area of Yobe State are currently taking refuge in the bush as they fled their homes following an ongoing attack by Boko Haram militants.

This is coming barely 24 hours after reports claimed that the Boko Haram spiritual leader, Abubakar Shekau had appointed a new War Commander.

Kanamma is about 200klm from Damturu, the Yobe State capital in northeast Nigeria. It is also the birthplace of Boko Haram insurgency in the state.

According to residents, prior to the attack, the community saw some Boko Haram fighters but could not report due to fear.

He said, there was a Boko Haram insurgents attack on Kanamma, but unfortunately, they lost contact with Police in Kanamma due to the absence of mobile network in the area.

“We will update you when we reach out to them,” he said.