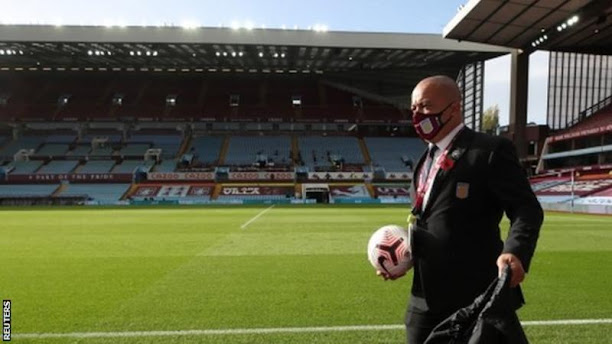 The Villa training ground remains closed after a coronavirus outbreak.

A Premier League statement said that a "significant number" of Villa players and staff remained in isolation.

It went on: "As a result, the Premier League board has agreed to Aston Villa's request to postpone their match on Sunday."

Villa, who already have three games in hand on some clubs in the league, are due to play Manchester City on Wednesday.

That game was originally scheduled to take place on the opening weekend of the season but was postponed because of City's progress in last season's Champions League.

One of the matches they have in hand - the game at home to Newcastle, which was postponed from 4 December after the Magpies' own coronavirus outbreak - has been rescheduled for Saturday, 23 January.

Villa's Covid-19 outbreak meant that no first-team players were available for the FA Cup third-round tie against Liverpool last Friday.

The West Midlands club had to field a starting XI composed of seven under-23 players and four from the under-18s, and lost 4-1 at Villa Park.

Speaking about footballers celebrating, Julian Knight, chair of the Digital, Culture, Media and Sport committee said: "Some of the scenes we have seen have been brainless and give out an awful message."