Voting is Great, but Building a System of Accountability is Also Necessary 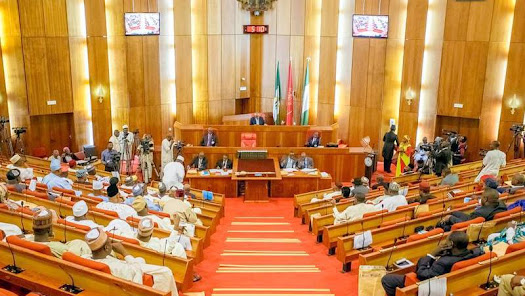 With the recent events in the country, many Nigerian youths are now committed to voting in the upcoming elections. The Independent National Electoral Commission (INEC) also announced that the Continuous Voter Registration (CVR) exercise will in 2021 ahead of the 2023 general election.

With the ginger Nigerian youths currently have, the ample time given by INEC to get our voter’s card, and the discussion about having more youths in positions of power, there’s a possibility that many Nigerians will vote out the ‘old bones’ and maybe Nigeria will have the chance to be a better country come 2023.

But there’s a twist to this. Voting in a candidate we consider to be the ‘best’ is not all it takes for the country to get better. Edwards Deming was right when he said that “a bad system will beat a good person every time.” He also said that “Trying harder to do what you understand as your job when the system is broken often results in more damage.”

For long, many Nigerians have focused on voting in someone we think is good and righteous. For instance, in 2015, we thought President Muhammadu Buhari would be the messiah that would put an end to corruption and improve the economy. What we have failed to realise, over time, is that any ‘good’ person we elect is coming into a broken political system and it is difficult to swim in murky waters.

So if the Nigerian system will continually bend and shape these ‘good’ people elected to serve us, it is a clue that we have to “focus on not on trying harder within the current system but on changing the system so that success is built into the system. Relying on heroic measures is a poor way to manage.”

The senators representing your state 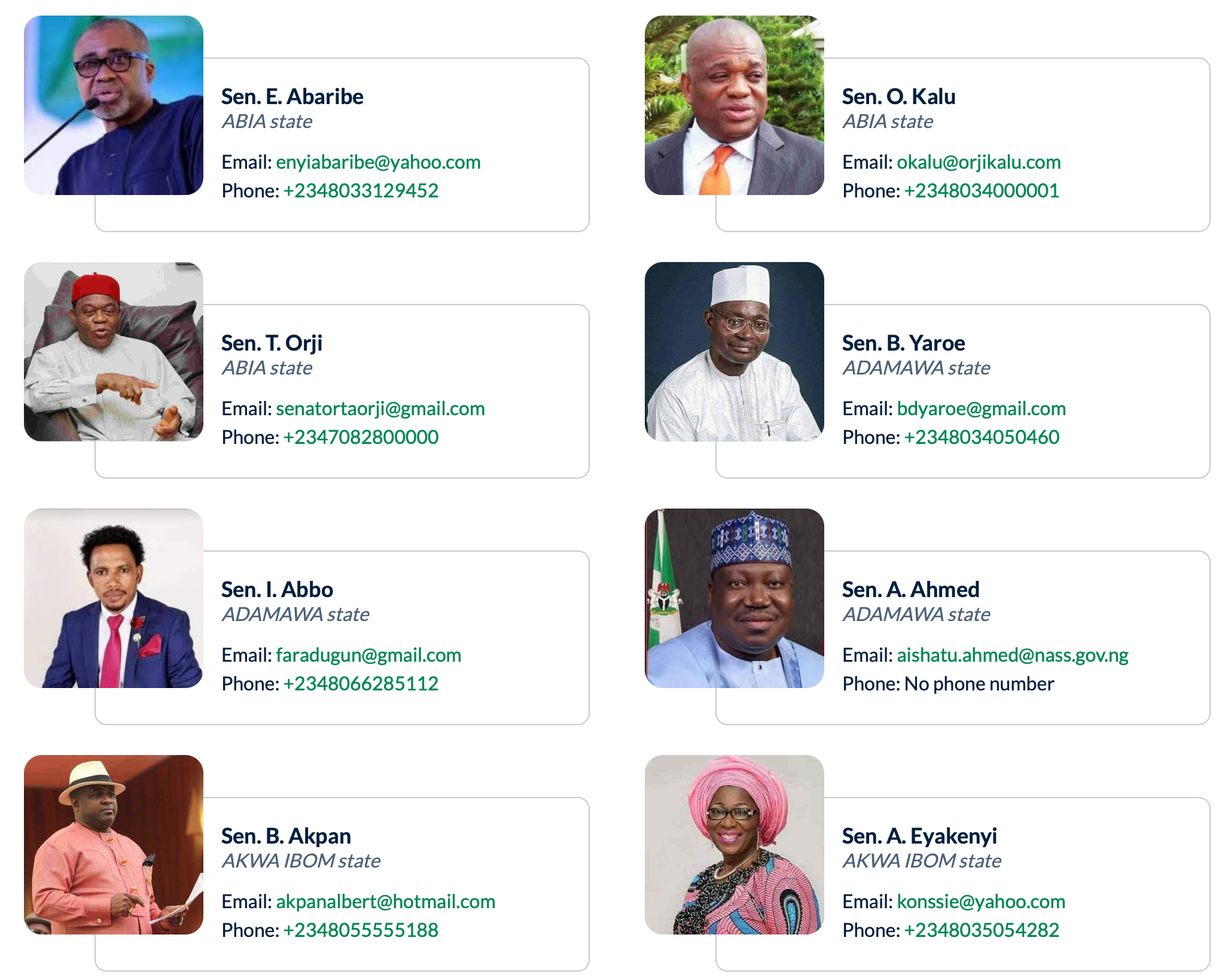 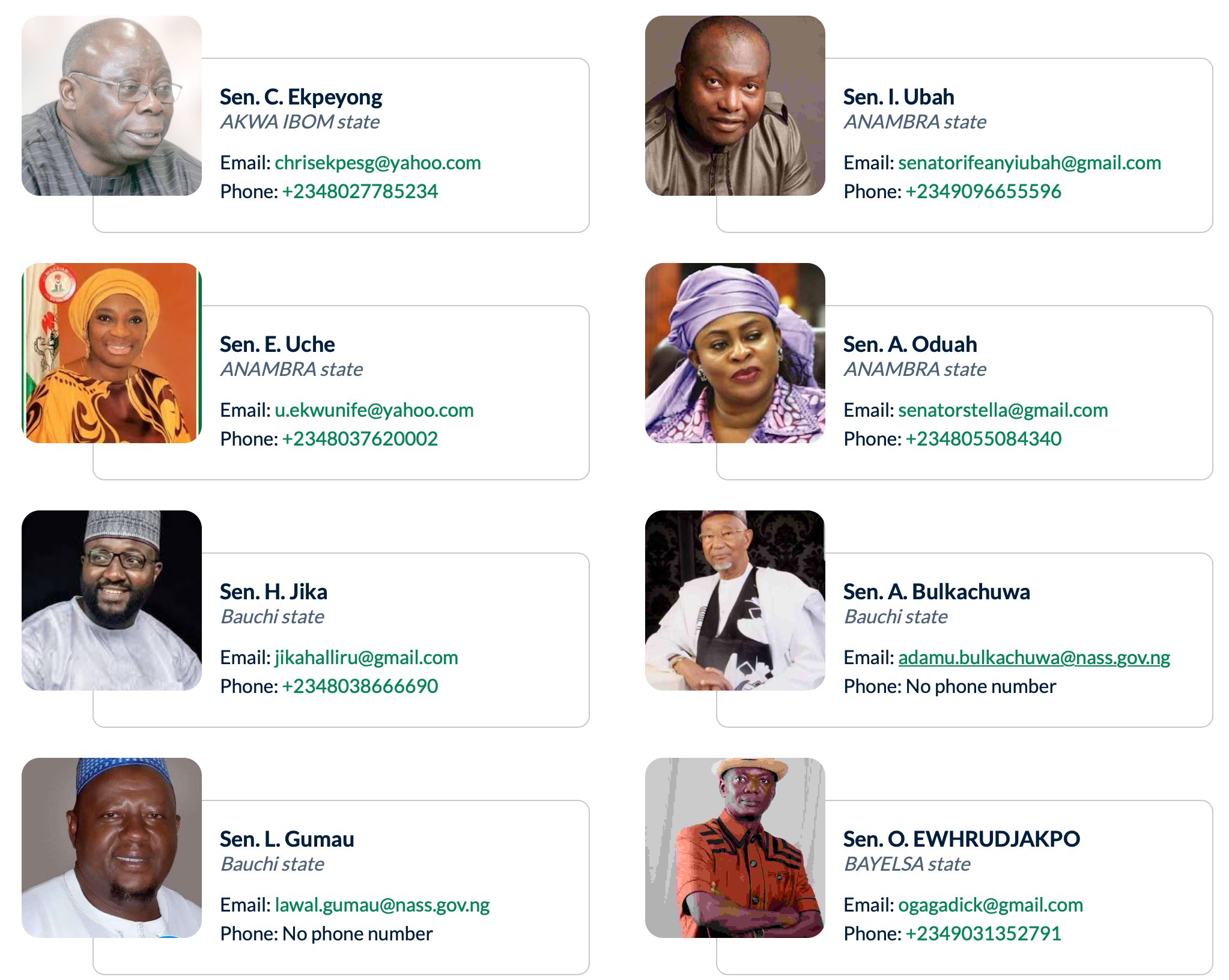 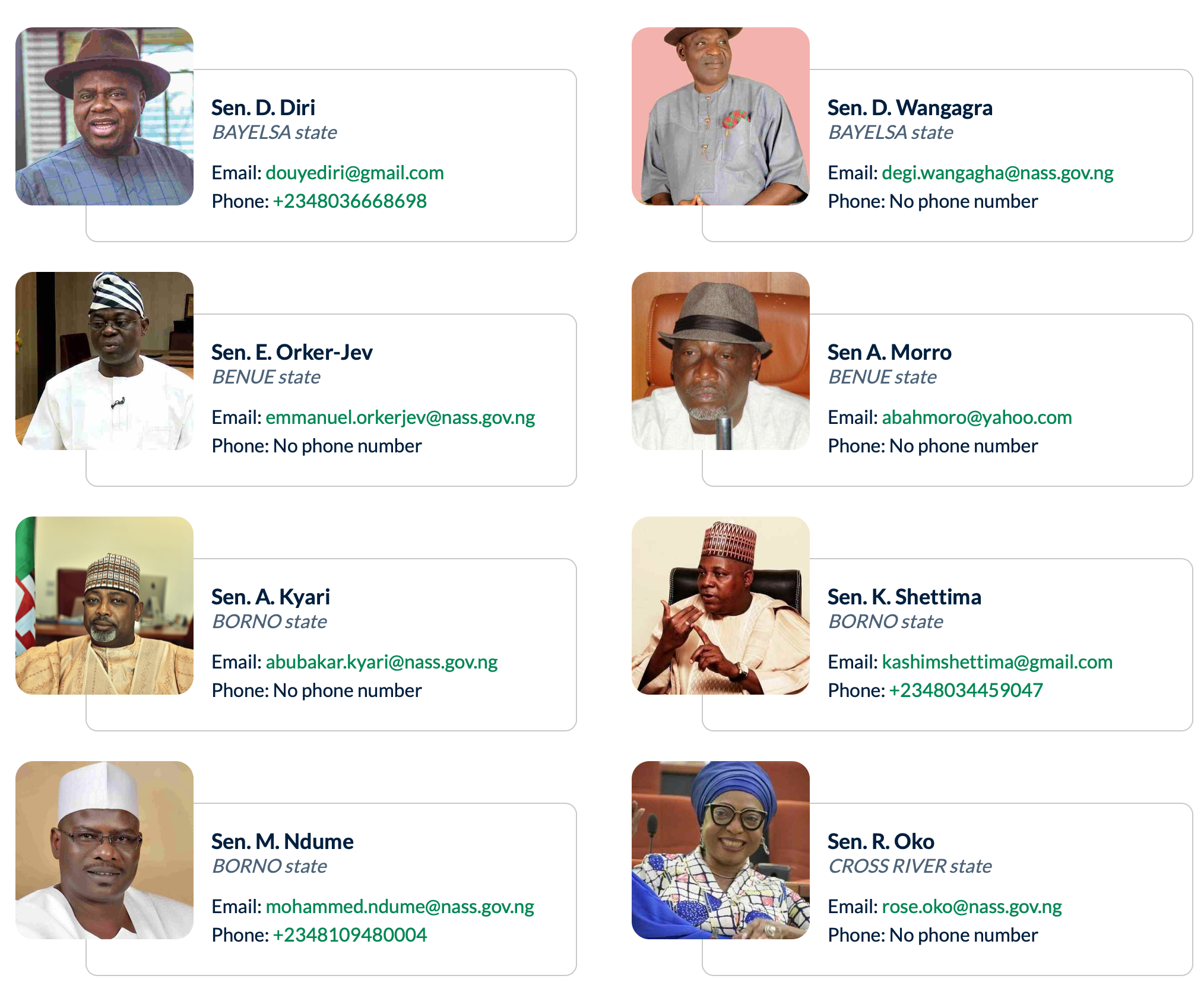 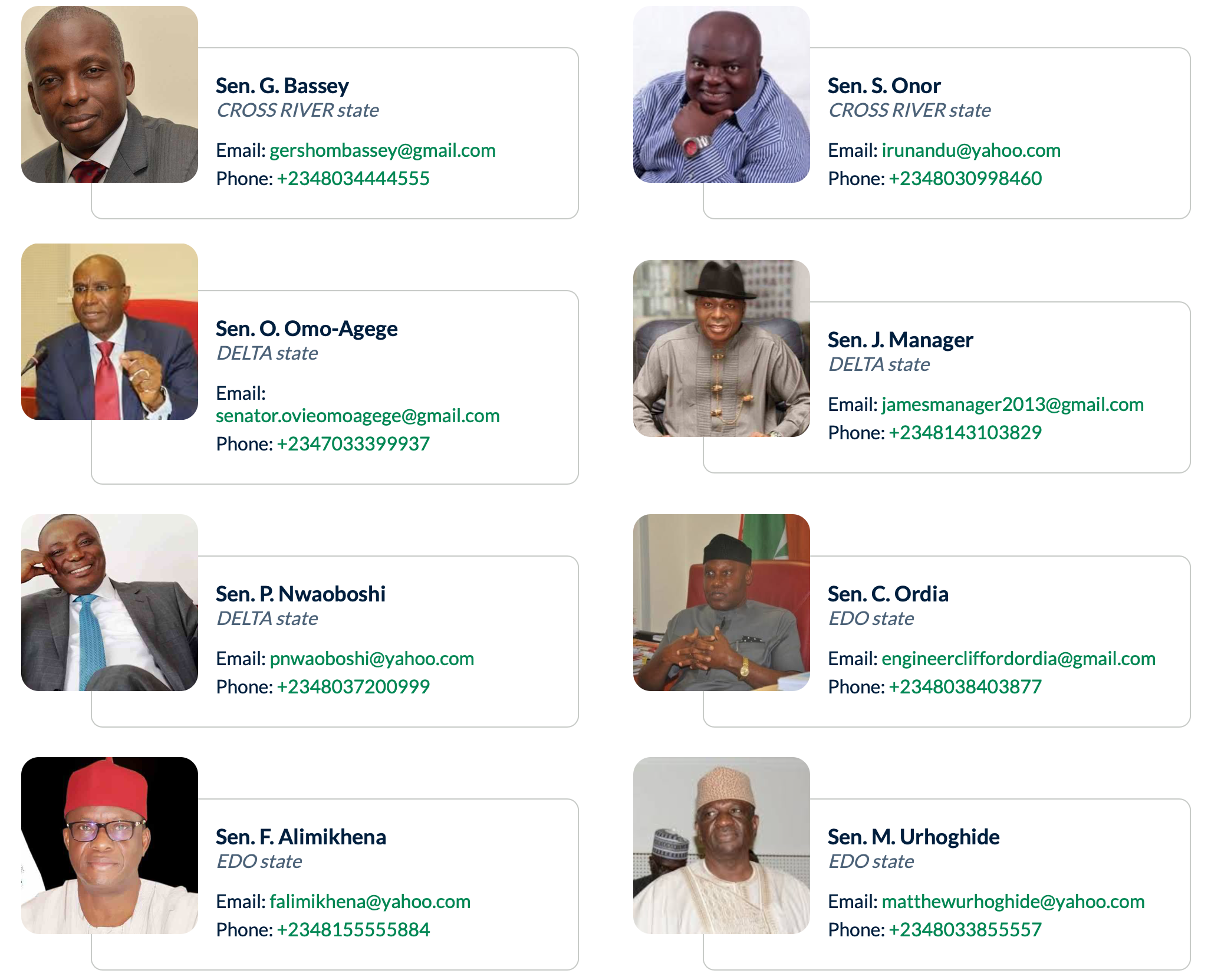 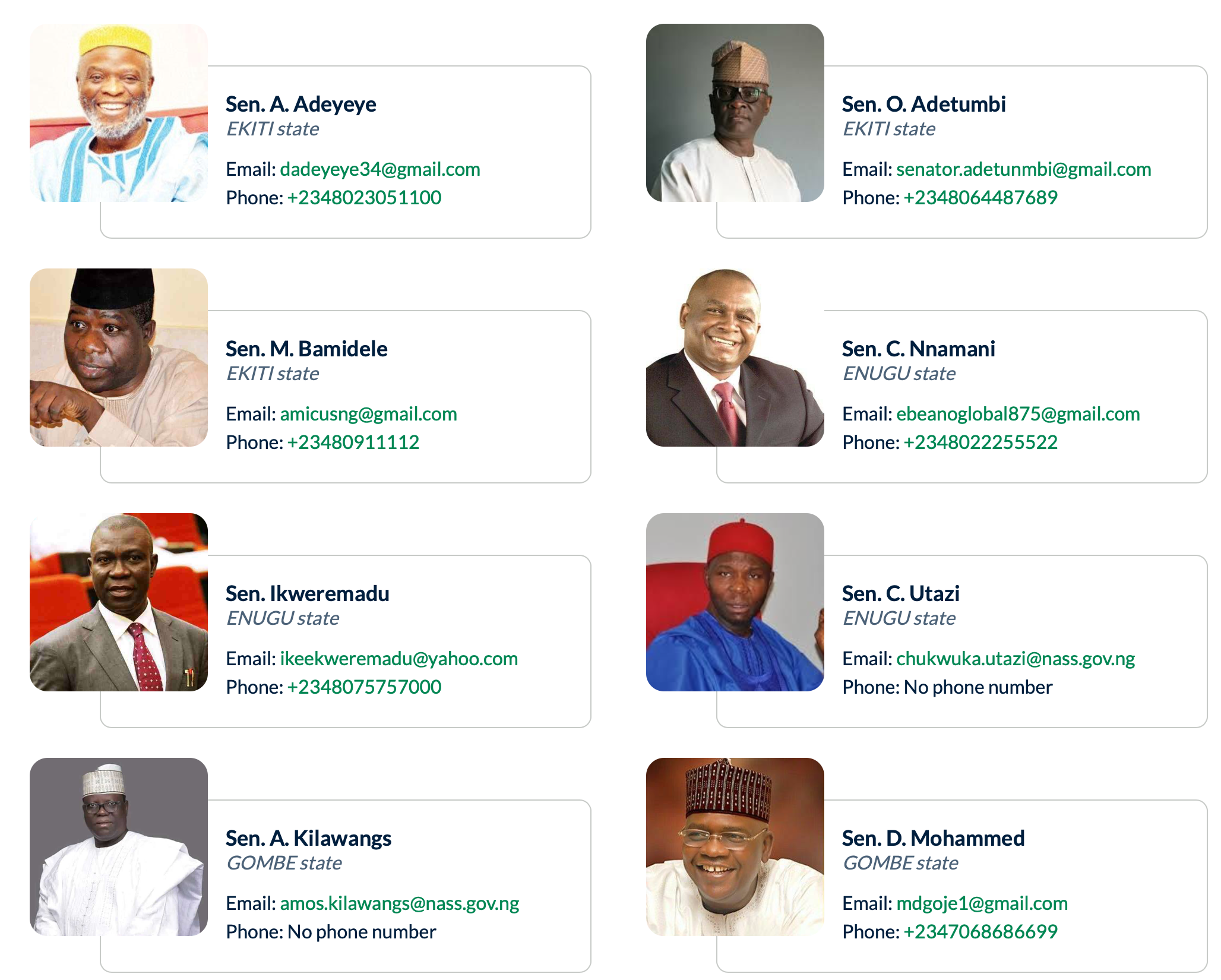 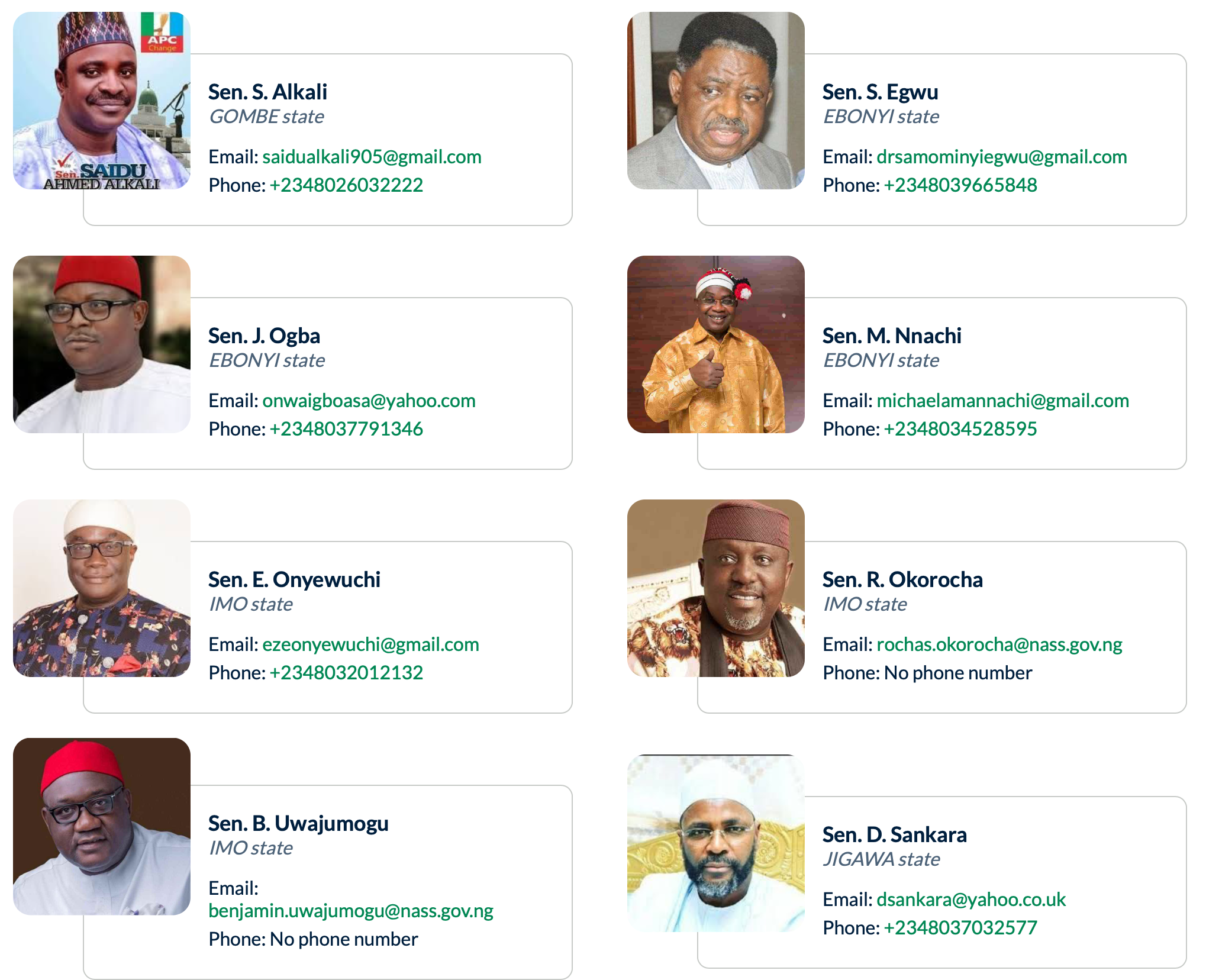 You can find a list of all the members of the House of Representatives here.

Now that we know some of our representatives, how do we hold them responsible?

Many Nigerians just saw the true colours of the Lagos State House of Representatives when videos of them condemning the peaceful protests and the youths, and pushing for the regulation of social media, during a house sitting surfaced online. The disconnect between us and the people who represent us became glaring—how we seek completely different things.

We should start following the discussions that take place in the Senate, House of Representatives, and House of Assemblies. What are they talking about? What bill are they passing? What discussions are they having? Are they making any plans that’ll favour us or are they busy exchanging blows? We need to know what they’re up to at all times.

You can recall any member of the house

After the video of a member of the Lagos State House of Assembly, Mojisola Alli Macaulay, saying that the Nigerian youths are mostly drug addicts went viral, residents of Amuwo Odofin started making the move to recall her from the House.

Do you know you can also recall a Nigerian senator? We have some senators who have spent over 10 years in the Senate. If you ever feel they are no longer representing you well, here’s how you can recall them.

The bottom line is to realise that voting in a person we consider ‘good’ will not give us a better Nigeria. It’s good to vote in the candidate(s) of our choice, but it’s better to build a system of accountability. A system where politicians know that they are answerable to the people and will be scared to loot knowing fully well that we are scrutinizing their every move and we have the power to unseat them. A system where policemen will be scared to shoot innocent people because they know we can get our government to punish them accordingly. Building this system starts with knowing those who are currently representing us – at all levels – and ensuring that anyone who’s in any position of power remains accountable to us.