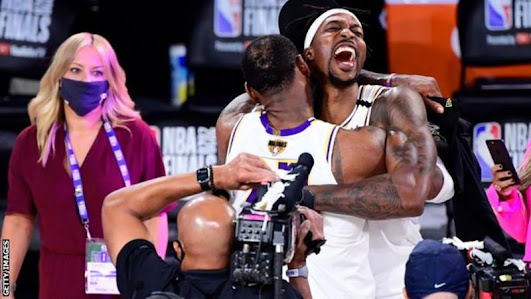 The usual season-start date in October was pushed back because the coronavirus pandemic caused delays to the 2019-20 campaign.

But the NBA and its players' union have agreed a new date and a 72-game season - a reduction on a usual campaign.

The agreement is yet to be approved by the league's board members.

But the league and its players have a deal in principle that also includes a date of 20 November for when free agents can start negotiating with teams.

The 2019-20 season was halted by the coronavirus pandemic in March and concluded in a 'bubble' environment in Orlando on 11 October, four months later than the season typically ends.

The Los Angeles Lakers ended a 10-year wait for their 17th NBA title, with LeBron James leading his team to a 4-2 Finals win over the Miami Heat.

With such a short time between the conclusion of the play-offs and the start of next season, there have been reports that some players - such as James - could miss the start of the new campaign in order to rest more.