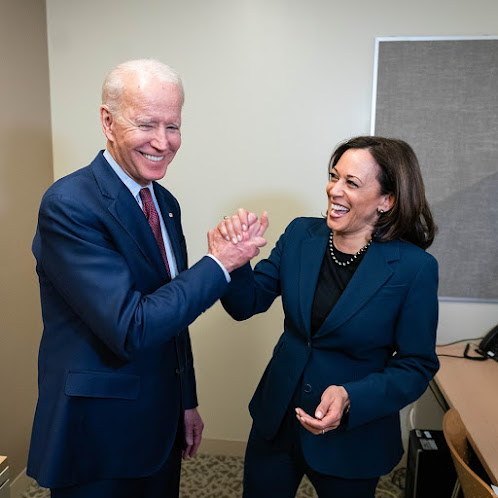 After days of following the United States Presidential Election, Joe Biden has emerged winner of the tight race ahead of Incumbent President Donald Trump, becoming the 46th President of the US, and Kamala Harris becoming the 49th Vice-President.

56-year-old Harris served as a prosecutor for most of her professional life and then moved on to the Senate.

According to the New York Times, Harris is the daughter of two immigrant parents: an Indian-American mother and a Jamaican father, making her the first Black woman and the first person of Indian descent to be nominated for national office by a major party in American History.

Before this, Harris was only the second Black woman ever elected to the US Senate.

Reacting to the win, Joe Biden took to Twitter to express his gratitude and promised to be “A president to all Americans”, whether they voted for him or not.

Kamala Harris can’t wait to get started either!