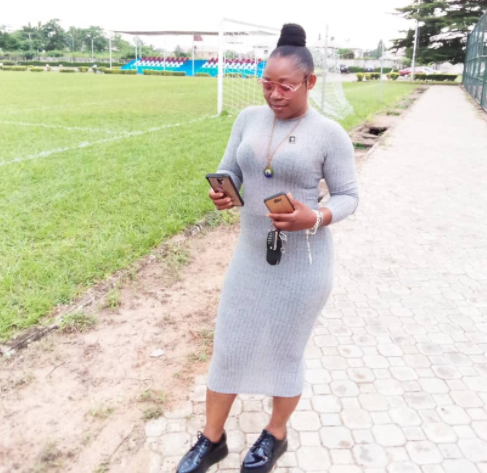 A bride-to-be who went missing was found buried in a shallow grave and her security guard has been accused of being responsible for her murder.

35-year-old Joy Obiageli was reported missing by her family two weeks ago, and all efforts to find her were not successful. 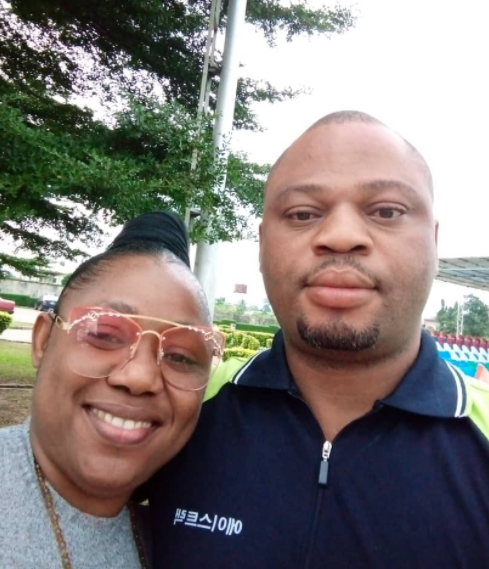 The deceased with her fiance

The mystery behind the sudden disappearance began to unravel following a tip-off that her security guard was seen driving one of her cars with his wife and children inside. This sparked an investigation and police searched the missing woman's compound to find a shallow grave.

According to correspondent Emeka Chukwujindu who was at the scene, the police in Asaba exhumed the woman's corpse and it was discovered that she was made to suffer before she died. She was stabbed several times on her stomach and her throat was slit while her hands and legs were tied.

It is alleged that Joy Obiageli was alleged killed by her security guard named Mr. Sunday from Niger state who buried her in a shallow grave in their compound. Obiageli's neighbour, a Nollywood movie director named Mr. Nonso Ekene has also been arrested and is being interrogated.

The reason for her murder is still a mystery.

Sympathisers gathered at number 4 Anene Street as a team of policemen and pathologists exhumed the body of the 35-year-old woman. 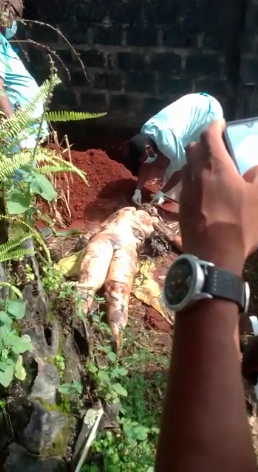 Meanwhile, videos of the deceased's family crying and asking for justice have been shared online. 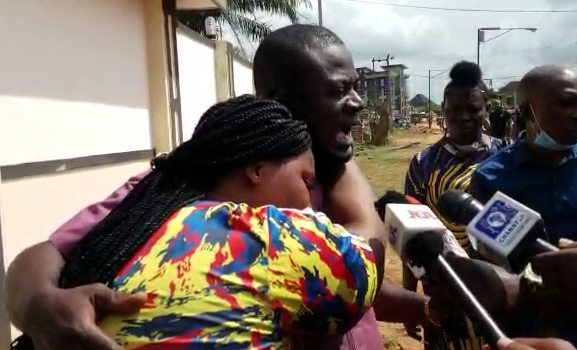 Her immediate elder brother, Sunday Onika said some of his sister's vital organs were missing when she was exhumed. He asked for justice for his dead sister.