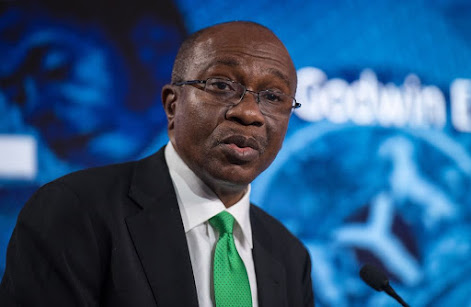 Governor of the Central Bank of Nigeria, Godwin Emefiele, has recommended import duty of five per cent and levy waiver to Sonia Foods, a company owned by one of his relatives, Nnamdi Nnodebe, to import tomato concentrate for the next two years.

SaharaReporters gathered that the move by Emefiele was against the tomato sector policy of the President Muhammadu Buhari-led government.

According to operators, the value of imported tomato paste in Nigeria was about $170m and $50m spent on triple tomato concentrate.

But in a letter to the Minister of Finance and National Planning, Emefiele asked for import duty of five per cent against 50 per cent approved by Buhari on tomato concentrate for Sonia Foods.

“The honourable minister is hereby to consider and approve the concessionary import duty of five per cent and waiver of levies of 35 per cent and $1500/ton on imported tomato concentrate for SONIA Foods Ltd and advise the Controller General of Customs and Chairman, Federal Inland Revenue Service accordingly. The request if granted will be for a two (2) year period to enable the company to produce enough tomato fruits to service its factories,” part of the letter seen by SaharaReporters read.

A top official of the apex bank accused Emefiele of padding his pockets through his cronies by sabotaging all policies of the Nigerian Government against food importation.

“While pretending to support agriculture, Emefiele is padding his pockets through his cronies by sabotaging the policies of the Federal Government against any food importation. He first started by giving exclusivity to his friends as sole importers of powdered milk into the country under the guise that they are investing in setting up cattle ranches. This has now resulted in explosive rise of powdered milk by more than 300 per cent.

“Thereafter, he gave another set of his business associates exclusive waiver to import thousands of tons of maize to curtail maize shortage without a single ton given to the Nigerian Poultry Association, without the knowledge of the Minister of Agriculture and the approval of the President. It was a very great embarrassment to President Buhari that he had to seriously scold the CBN governor during last weeks FEC meeting in the presence of all Ministers. He was said to have apologized profusely to the President with the promise not to repeat such act of economic sabotage.

“But the CBN Governor is still unrepentant as he has now moved to sabotage the Tomato Policy by recommending a duty reduction and levy waiver to allow his brother and owner of Sonia Foods to import tomato concentrate for the next two years after giving him N2bn to set up a tomato factory while still refusing to release funds to tomato farmers for this year’s tomato growing season.

“By so doing, he’s on one hand saying Nigeria will soon attain self sufficiency in tomato production going by the recent newspaper publication by the CBN and at the same time denying farmers funds for tomato production so that he and his brother can make big money importing tomato concentrate into the country.

“This attitude of his only serves to destroy all the measures the Buhari government is putting to food importation and make Nigerians grow enough food to feed itself,” the official said.