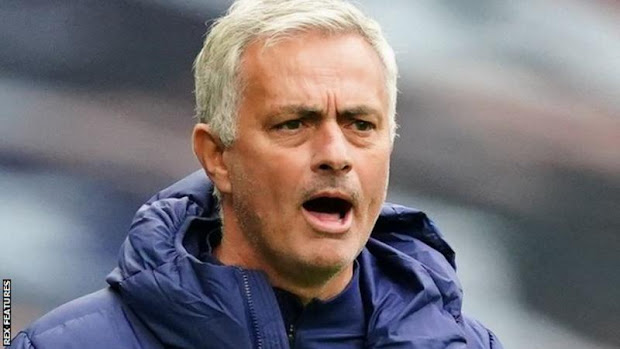 The English Football League decided the League Two club must forfeit the tie having been unable to play the fixture, in line with competition rules.

Orient's league game at Walsall on Saturday has also been postponed.

Spurs will now face top-flight rivals Chelsea in the last 16 on Tuesday.

It will be sandwiched between their home Premier League game against Newcastle on Sunday and a Europa League meeting with Maccabi Haifa on Thursday, 1 October.

BBC Sport has learned that Orient returned 17 positive tests for the virus.

Chairman Nigel Travis told BBC Radio 5 live on Tuesday that they should not be punished for carrying out tests, which were paid for by Spurs.

"This is an incentive not to test and is bad for football and bad for health and safety," he added.

An EFL statement said: "In accordance with Carabao Cup rules, Tottenham Hotspur have been awarded with a bye and will now play Chelsea on Tuesday, 29 September.

"The round three tie scheduled for Tuesday, 22 September between Leyton Orient and Tottenham Hotspur could not take place following the issue by Waltham Forest Borough Council of an order preventing the match being played as planned.

"The EFL Board has determined that in line with Carabao Cup Rule 5.1, the club was unable to fulfil its obligations to complete the fixture by virtue of the council's order and shall therefore forfeit the tie."

Orient head coach Ross Embleton said: "We're devastated this has happened, but this club is used to setbacks.

"It's really important that players, staff and supporters stick together through tough times."

Tottenham had planned to donate their match shirts to the foundation set up in memory of their former player Justin Edinburgh, who was manager at Orient when he died at the age of 49 in June 2019 after suffering a cardiac arrest.

"Everyone at Tottenham Hotspur sends their best wishes to Leyton Orient for the health and wellbeing of their players and staff, their families and all those affected at this time," a club statement said.

"We remain committed to helping to raise funds in aid of the JE3 Foundation, set up in the memory of Justin Edinburgh, and shall update in due course on auctioning match-worn shirts from a different fixture."