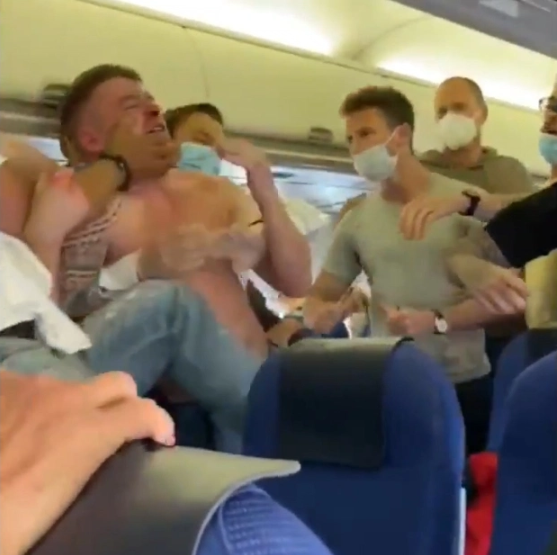 A fight broke out on a flight from Amsterdam to Ibiza after two "drunk" British passengers refused to wear face masks.

A video shared on Instagram shows the fight erupt after takeoff on Friday, July 31. In the video, posted on Instagram by user Michighclub, other travellers are seen rushing to break up the fight, which seems to be between a topless man and another passenger.

One man is heard shouting "There are kids here!" as pandemonium erupts. 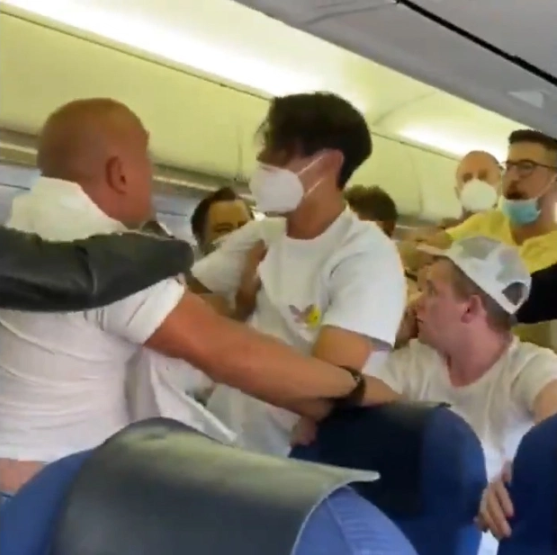 At the end of the video, the man is seen being pinned to the floor before the plane lands.

In the caption of the video, Instagram user Michighclub claimed that the passenger involved had been drinking vodka and had refused to wear a face mask. This is despite the airline specifically asking passengers to wear face coverings from first boarding call until they reach the arrival gate.

Both men were later arrested by Spanish police on arrival in Ibiza after the pilot informed local authorities. 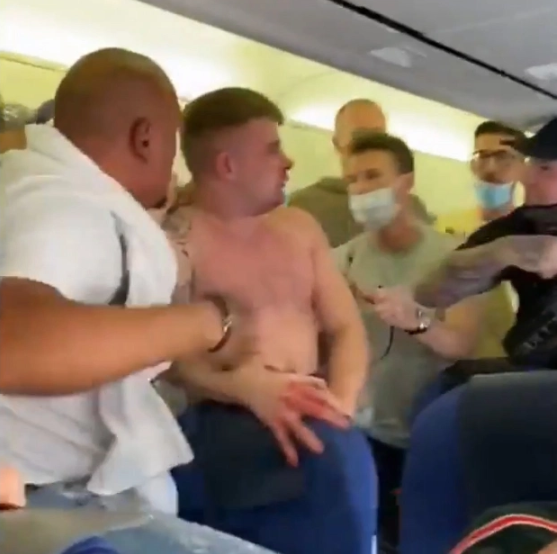 A spokesperson for the airline said: "Two unruly passengers refused to wear their face masks and they were bothering their fellow passengers physically and verbally.

"The pilot informed the local authorities and upon arrival, both passengers were arrested. The flight safety was not compromised during the flight."