Tribal mark model, Adetutu OJ leaves little to the imagination as she goes naked for a shoot 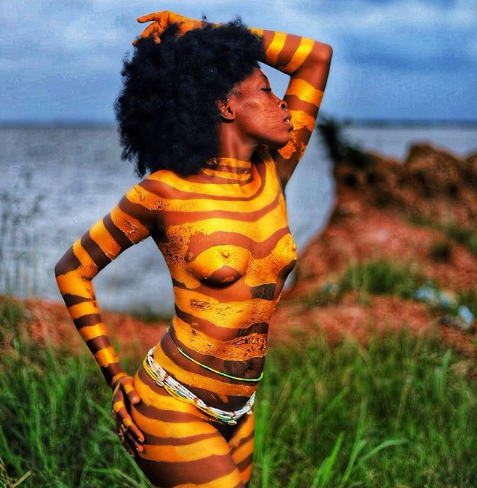 Adetutu O.J., the Nigerian model with prominent tribal marks, who gained prominence when Rihanna followed her on Instagram after she had been asking to model for her Fenty brand, has pushed the edge of the envelope again by going naked in new photos.

Adetutu had on only waist beads and body paint in the photos. Her private parts were not hidden and her pubic hair appeared to be visible in the photos. 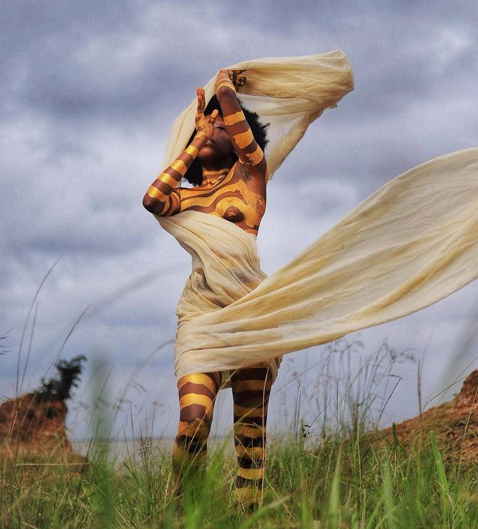 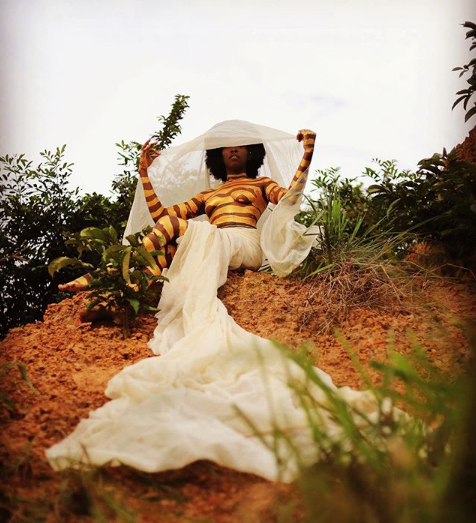 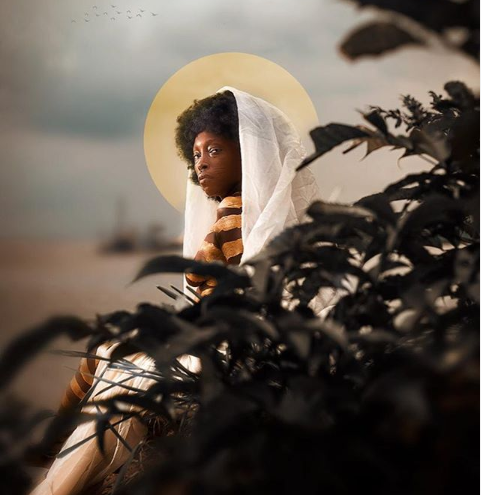 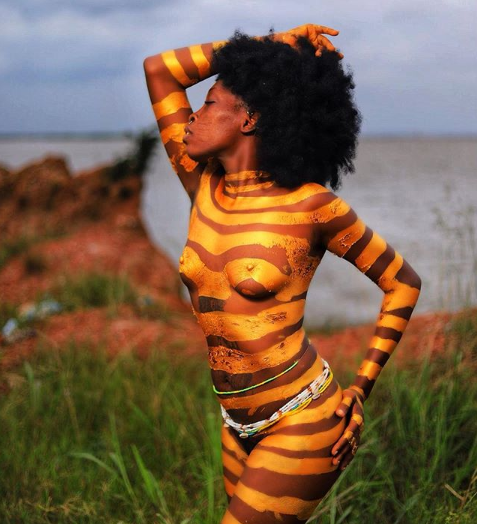