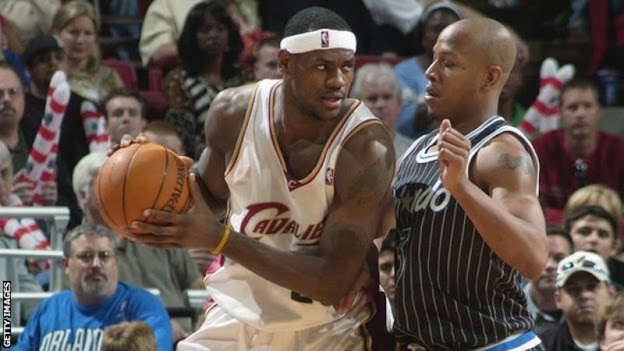 The card features LA Lakers star James during his 2003-04 rookie season with the Cleveland Cavaliers.

It was one of just 23 made and was in "mint condition" according to the auctioneers.

The rest of the NBA season is set to be played at Florida's Disney World Resort from 30 July.

The season was suspended on 11 March because of coronavirus measures. The Lakers are top of the Western Conference.

The sale at Goldin Auctions eclipsed the previous record for a modern-day card of $923,000 set in May for a card of Los Angeles Angels star Mike Trout.

The James card, produced by Upper Deck, was signed and featured a small part of one of his Cavaliers jerseys.