FG Hands Over National Arts Theatre To CBN For Rehabilitation 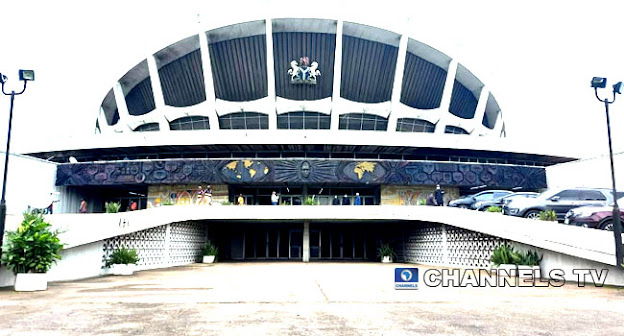 In his remarks at the handing over ceremony held on Sunday in Iganmu, Lagos, the Minister of Information and Culture, Lai Mohammed, is hopeful that the restoration of the edifice and the adjoining land will create more jobs as against speculations that it will lead to job loss.

The CBN Governor, Godwin Emefiele, on his part, gave an assurance that the National Arts Theatre would go through a transformation into a world-class facility.

He explained that the challenges posed by the coronavirus (COVID-19) pandemic have further necessitated the need for the Federal government to diversify its income generation avenues.

The Minister of Youths and Sports, Sunday Dare, who was also present at the event, believes the vibrant creative industry will get a major boost, especially in the areas of revenue generation, talent discovery and job creation, among others.

“Maximum of 22 months, we will bring Mr President here for a tour of the facility,” said Governor Sanwo-Olu who stressed the need for the project to be delivered at a set date.

The Bankers’ Committee is planning to use the Creative Industry Financing Initiative, with over N20 billion already earmarked as take-off capital, for the redevelopment of the 40-acre national asset.

The construction of the National Arts Theatre, whose exterior is shaped like a military hat, was initiated by the military regime of former Head of State, Retired General Yakubu Gowon.

It was, however, completed during the military regime of former President Olusegun Obasanjo in 1976.

The facility hosted the Festival of Arts and Culture (FESTAC) in 1977 – one of the most iconic events in the nation’s history but has since been abandoned.

Ahead of its rehabilitation, the Federal Government and Lagos State government said the new plan was to turn the dead asset to an IT, fashion, and entertainment goldmine.

See more pictures of various parts of the National Arts Theatre below: 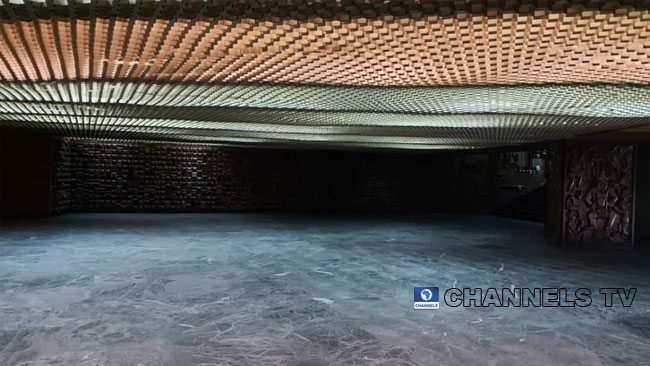 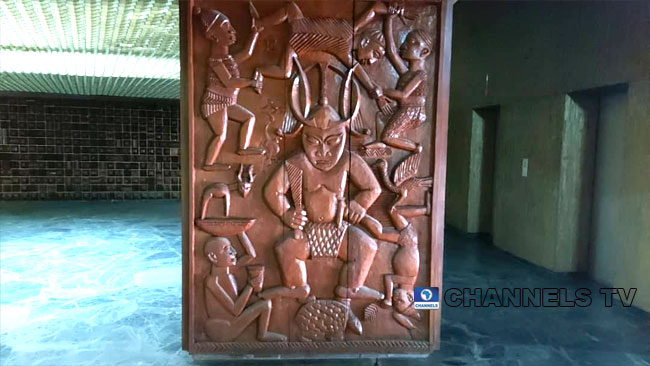 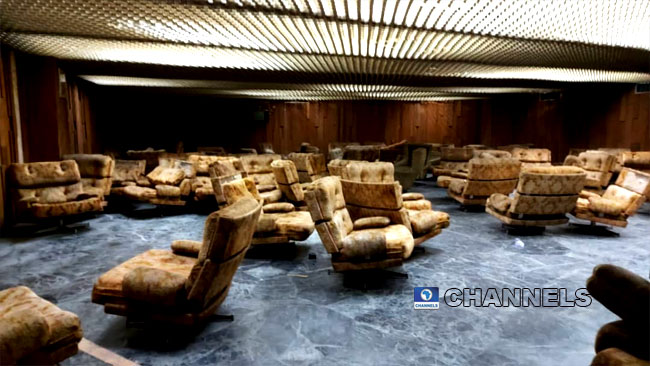