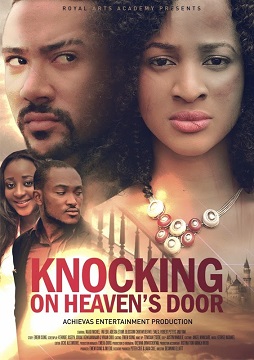 It is produced by Emem Isong and Ini Edo.

Debbie (Adesua Etomi) is a beautiful singer with a heavenly voice, married to the handsome and charismatic Moses (Blossom Chukwujekwu), she is the envy of many.

Debbie however harbours a dark secret that she tries to keep hidden within the confines of her perfect world; she is being physically and emotionally abused by Moses and the strain of it threatens to break her.

Can she be saved by a knight in shining armour, Tom (Majid Michel) or will she be consumed by the machinations of Brenda (Ini Edo), Moses’ scorned lover who will stop at nothing to see that she extracts her pound of flesh? Set in a church community and woven in the tapestry of music and song.

Watch the video below: