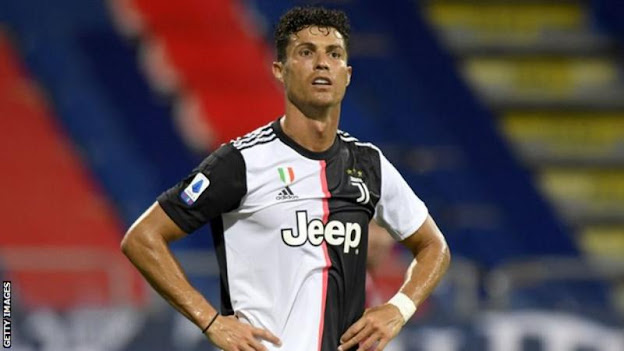 Ronaldo has scored an incredible 31 Serie A goals this season but found himself frustrated on Wednesday night.

Immobile scored his 35th goal of the season as Lazio beat Brescia 2-0 on Wednesday.

With one game of the Serie A season remaining, Immobile is the outright leading scorer in Europe as his latest strike moved him ahead of Bayern Munich's Robert Lewandowski, who finished the Bundesliga season with 34 goals.

Immobile is also just one goal away from equalling the Serie A record for most goals in a season.