A younger brother of Tottenham player Serge Aurier has been shot dead in the French city of Toulouse, reportedly after attending a night club. 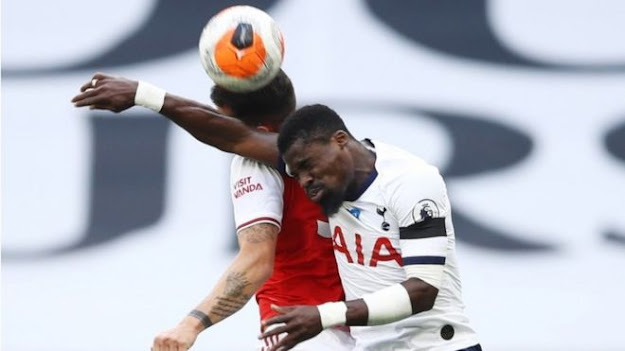 Christopher Aurier died in hospital after emergency services found him shot in the stomach in an industrial zone on the city's outskirts, French media say.

His suspected killer escaped the scene, a source close to the inquiry said.

Christopher Aurier, who was a citizen of Ivory Coast like his brother, was also a footballer, playing in France.

A Tottenham statement said: "The club is deeply saddened to confirm media reports that Serge Aurier's brother passed away in the early hours of this morning.

"We are supporting Serge at this difficult time and we ask that the privacy of the player and his family is respected. Everybody at the club sends their sincerest condolences to Serge and his family. Our thoughts are with them all."

According to a report by Europe 1, he was wounded when two bullets were fired at a night club.

Local people reportedly called the police when they found a man lying with a stomach wound on the Boulevard de Thibaud.

Emergency services arrived on the scene at around 05:00 (03:00 GMT) on Monday, French TV reports.

His brother Serge, 27, is a right-back at Premier League club Tottenham and also captains the Ivorian national team.