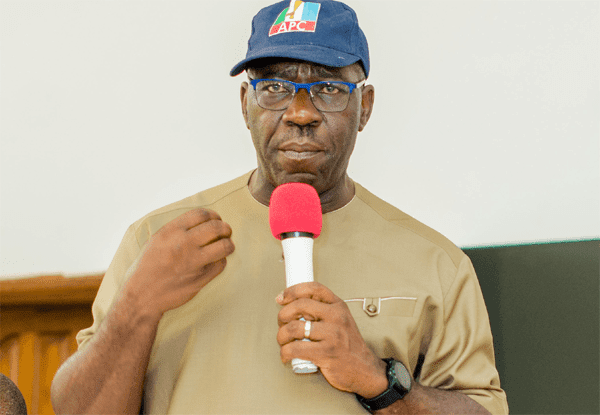 Edo State governor, Godwin Obaseki, has expressed lack of faith in the screening committee set up by the All Progressives Congress leadership to scrutinise aspirants seeking the ticket of the party ahead of the governorship election in the state.

Obaseki disclosed this on Wednesday night at the party’s secretariat in Abuja shortly after his screening, saying he would not get justice under the current process.

He said, "The last time I came here, I asked that Oshiomhole recuse himself from the process in the interest of peace and justice. But as a party man, I have to go through the screening like everybody else.

"Since he is the judge and the jury in this matter, I will just wait for the outcome of the screening. I have given them all the information they need; the controversial certificate from the University of Ibadan has been tendered.

“Like I said, as a party man I have gone through the screening process but I do not believe that I will get justice because Comrade Adams Oshiomhole is an interested party in the Edo process.”

As at the time of filling this report only one aspirant, Hon Matthew Aigbuhuenze Iduoriyekemwen, was yet to be screened.

The seven-man screening committee led by Prof Jonathan Ayuba started the verification of the credentials of the six governorship aspirants at about 1:00pm.