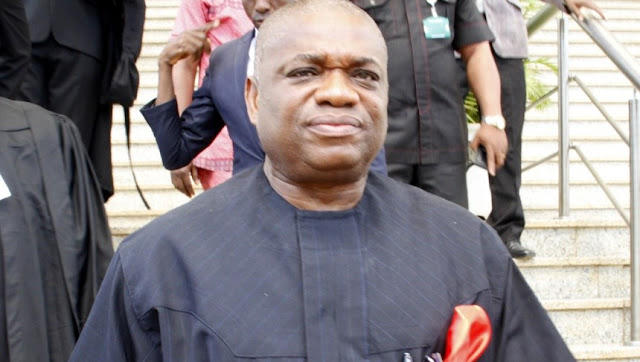 A former governor of Abia State, Orji Uzor Kalu, on Tuesday resumed for plenary at the upper wing of the National Assembly after he was released from Kuje Correctional Center, Abuja.

SaharaReporters recall that Kalu was jailed in December 2019 over allegation of misappropriation of Abia State's funds to the tune of N7.6bn during his tenure from 1999 to 2007.

The Chief Whip of the Senate arrived the National Assembly complex at exactly 9:00amand exchanged pleasantries with his colleagues.

Speaking with journalists, Kalu said he was back to work and ready to serve his people.