Why I’m Staying Away From Partisan Politics –Jonathan 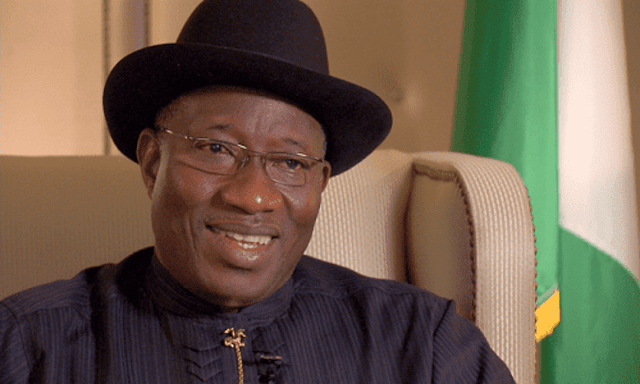 Former Nigerian President, Goodluck Jonathan, has said that he reduced his political activities since he quit power in 2015 to enable him concentrate on his foundation.

Jonathan, who said he was moving away from being “an effective partisan politician,” however, noted that his absence from political activities was being misunderstood.

He said, “Don’t be discouraged if you do not see me in most party activities in the state. I decided to appear in this event so that I will not be misunderstood.

“I’m shifting away from being an effective partisan politician because of my foundation. People who want to partner me felt that if you are a partisan leader in the country, they will eat with you with a long spoon.

“I felt that after serving as President of this country, I should go to some other areas where my services would be required. Through that process, I would be able to support the nation and the state in one way or the other.”

He called on the new state executive council to run an all-inclusive administration, to promote peace, unity and stability in achieving more successes for the party.

Jonathan averred that the survival of the party was largely dependent on its capacity to effectively manage its affairs.

“You have an enormous responsibility before you. You must work with the governor and not at cross purposes.

“No matter how strong a party is, if the people don’t appreciate you, you would be struggling to have them on your side. I know you will work harmoniously with members and carry everyone along,” he said.

The former President also applauded the exemplary leadership exhibited by Diri within a short period in office.

Diri, on his part, charged the new party leadership to reach out to all those, who had left with the view to bringing them back into the fold towards sustaining the party’s dominance in the state.

He said, “As a result of our divine emergence, we should not be vindictive. Let us forgive one another and bring everyone on board because we want to sustain our party’s dominance in the state.

“It seems like a tall order but you can do so. We are all brothers and sisters of Ijawland. So let us not split ourselves. When we are united, we will be stronger and bring development closer to our people.”

Also speaking, the PDP National Chairman, Prince Uche Secondus, represented by the National Vice-Chairman of the South-South zone, Elder Emmanuel Ogidi, congratulated the new state exco and implored them to work as a team.