Man In Custody For Raping Fried Potato Seller In Ogun 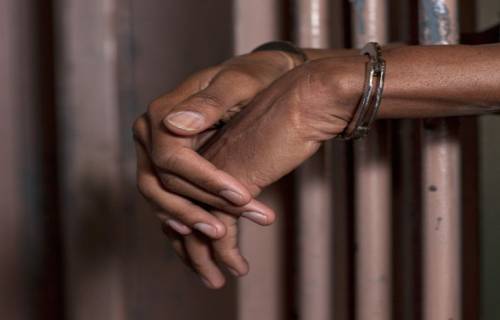 The Ogun State Police Command says it has arrested a 29-year-old man, Buhari Abiola, for forcefully having carnal knowledge of a 21-year-old woman.

The state's Police Public Relations Officer, DSP Abimbola Oyeyemi, said this in a statement on Sunday.

The PPRO explained that the arrest followed a report by the victim at the Adigbe Divisional Headquarters in Abeokuta.

The police spokesperson explained that the victim was selling fried potato and bean cake on Church Street in the Ojere area when the incident happened.

He said the suspect came to buy fried potato and asked the victim to come and collect money in his house, which was not far from where the woman had displayed her wares.

“She further stated that on getting to his house, the suspect forcefully dragged her into his room and had carnal knowledge of her without her consent.

"Upon the report, the DPO, Adigbe Division, CSP Austin Okpadile, detailed his men to the scene and the suspect was promptly arrested.

“On interrogation, the suspect, who initially denied the allegation, later confessed that he raped the woman.

"He stated that he had been making advances to the woman for some time but she had been turning him down, and when he saw her selling fried potato, he decided to use that as a bait to get her to his bed,” Oyeyemi told PUNCH.