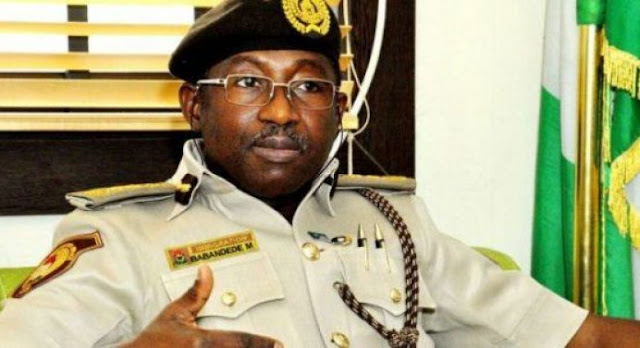 Comptroller General of the Nigeria Immigration Service, Muhammed Babandede, has illegally diverted N23m given to the agency for officers as palliative during the COVID-19 outbreak.

SaharaReporters gathered that the fund, which was received by the agency, was about to be disbursed to all officers when Babandede diverted the funds.

He subsequently oversaw the disbursement of the funds to some selected persons, who are his cronies within the agency.

In documents exclusively obtained by SaharaReporters, the money was distributed to 293 officers on the order of Babandede.

The money, which was paid by Remita, was labelled as overtime and extra hours payment for the 293 officers.

“Being payment for overtime extra hour spent to the above named officer and 292 others for the processing of capital payment vouchers for 2020 First quarter Capital Allocation Vide attached brief and approval on page 71 – 79, file No: ACCTS/ADM/CAPT/460,” the documents read partly.

Senior officers, who confirmed the selective payment to SaharaReporters, disclosed that the diversion of the funds was the latest move by Babandede in his corruption-laden administration.

They accused the NIS boss of withholding payment of promotion arrears, posting allowances as well as duty tour allowances.

“The DCG Finance has prepared to pay each officers nationwide N20,000 but CG Babandede said no, instead he selected his people and paid them N70,000 each,” a staff of the immigration service confirmed to SaharaReporters.

“Few officers got alerts of N70,000, that money was to serve as palliative for all officers of Nigeria Immigration Service but they were diverted and paid to only cronies of the immigration boss.

“Babandede's tenure as top boss of immigration has been known for outright misappropriation of funds meant for welfare of officers.

“Promotion arrears, posting allowances, duty tour allowances are never paid to deserving officers, it's a common knowledge within the service.

“This is unjust and unfair, even in these trying times that one would seek to do this is absurd,” another staff of the agency said.

SaharaReporters had earlier reported that the NIS Comptroller General had illegally gotten his tenure of office extended.

Babandede under normal circumstances should retire from office in September after spending the statutory 35 years in service but got his tenure extended after parting ways with huge sums of naira.

His tenure extension is expected to be officially announced any moment from now by the Nigerian Government and Ministry of Interior under, which the agency is under. 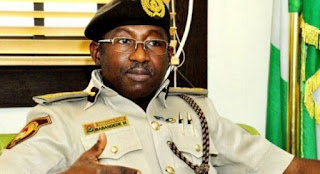