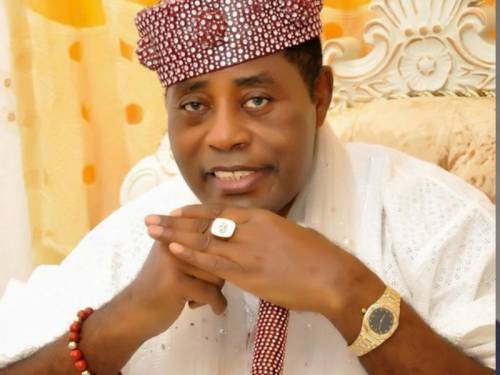 Residents of Ode Ugbo area of Ilaje Local Government Area of Ondo State have cried out for help after their houses were invaded and many of them killed by thugs on the instructions of Oba Akinruntan Obateru, the Olugbo of Ugbo.


Findings show that around 2:00am on April 16, the thugs arrived the community and started destroying anything within sight including lives and property.
“When they came, they told everybody to move out of their houses at first and that no one must take anything with them,” a resident, who escaped the onslaught.

Injured victim
A child, who attempted to flee the carnage, ran into a nearby river and drowned.
“The thugs attacked women, children and didn't spare anyone. One of the men who was attacked, his name is Adetomiwa Mafimisebi, he was butchered because the thugs wanted to rape his mother who they chased out naked but he refused and defended his mother,” another resident said.

Dead victim
“The thugs have refused to leave, they are watching everyone. They tied a white cloth outside the houses which signify control.
“We reached out to the police but they haven't been able to do anything.
“At Igbokoda division, they did not allow us write any statements. Our lives are in danger, we want governor Akeredolu to intervene now,” one of the residents cried out.
Curiously, this is not the first time the Olugbo of Ugbo had sent thugs to terrorise a community.
In December 2017, SaharaReporters gathered that he sent thugs to ruffle a fellow monarch in Igbokoda under Ilaje Local Government Area of Ondo State, Oba Afolabi Odidiomo.
The thugs were led by the same Bamitale Iwatan, who alongside others, shot sporadically in the air, causing Oba Odidiomo to flee for his life.
He was attacked and machete cuts inflicted on him but was taken to a hospital and revived after he collapsed from the severe injuries.

Recounting his near-death experience at the time, Oba Odidiomo said, “I came back to Igbokoda in the evening and visited one of the high chiefs of the town to brief him on the development and outcome of the meeting.
“But I had hardly entered the room when Tale Iwatan stormed the meeting with a large number of thugs bearing different arms. They came with cutlasses, knives and guns.
“They shot sporadically into the air to scare away people and I came out to meet about five of them. I immediately called the police in the town but before the policemen could arrive at the scene, which is only a stone’s throw from the Nigerian Naval base in Igbokoda, the hoodlums had mobilised more men and attacked us.
“Those who attacked us were about 20. They surrounded me after injuring others. One of them stabbed me directly in the back of my head after shooting in the air many times.
“As if that was not enough, one of them used a cudgel to hit me in the head.”
Despite these glaring misconduct by Obateru, SaharaReporters gathered that governor of the state, Rotimi Akeredolu, has refused to call him to order as a result of the friendship between them.

Oba Akinruntan Obateru and Ondo State Governor Rotimi Akeredolu
“The two of them are close friends and perhaps that explains why Akeredolu has been looking the other way over Obateru’s several acts of high-handedness.
“Akeredolu relies on his support for his second term ambition and that is why he had refused to condemn him openly for using thugs to attack the people,” a traditional ruler in the state said.
When SaharaReporters reached out to the Ondo State Police Command over the issue, calls put across to the spokesperson, Tee-Leo Ikoro, went unanswered.
News