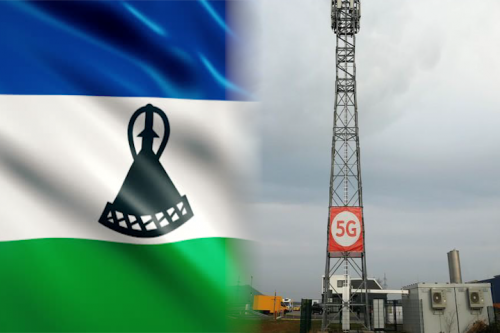 With a population of around 2.3 million people, according to United Nations’ estimates, not so many individuals in the world today have heard or know a few things about Lesotho.
Bordered on all sides by South Africa, it is one of only three countries on earth found within another country. San Marino and Vatican City – the two others – are located inside Italy.

But beyond its geography, rich history and limited popularity, Lesotho stands tall in several other areas of human endeavour – unknown to many interestingly.
For example, while the rest of the world including big countries on the African continent like Nigeria continue to debate, 'spiritualise' and in some cases demonise the concept of 5G – a super-fast Internet connection – developed to make human communication much easier, Lesotho has in fact gone on to embrace the new technology since August 2018. Launched by Vodacom Group, it was Africa’s first commercial 5G fixed wireless access network expected to deliver speed 35 times faster than the typical 4G connection and seven times more than top-end residential fibre optic services.
Describing the deployment of 5G in Lesotho as a sign of greater things to come, Vodacom’s Chief Executive Officer, Shameel Joosub, said it will change the way people and businesses interact in Africa and beyond.
“What we’ve accomplished in Lesotho is an example of what can be achieved in Africa, should the requisite spectrum also be made available.
“Global technological advancements are evolving at a rapid pace and Africa can’t afford to be left behind, particularly when we look at some of the potential use cases for 5G to support critical sectors of our society such as healthcare and education,” he said.
But in Nigeria where there has been 276 reported cases of Coronavirus and six recorded deaths, leading figures are beginning to spread a different type of theory, claiming that the pandemic was purely caused by 5G technology.
This is despite the fact that Lesotho, who had been using the technology for close to two years now, is one of two African countries yet to record a single case of Coronavirus.
Comoros is the other country yet to record any case on the continent where at least 52 nations have officially recorded infections and over 500 deaths seen from more than 11,000 confirmed cases.
Despite this glaring evidence, Nigerian preacher, Chris Oyakhilome, who is the founder and President of LoveWorld Incorporated widely known as Christ Embassy, has insisted that the creation of 5G technology and its deployment to parts of the world was responsible for the outbreak of Coronavirus.
According to him, the new technology was part of the new world order by the anti-Christ, who is bent on establishing a single religion, economy and government for the entire universe.
Oyakhilome went on to say that the Nigerian Government ordered the lockdown of Lagos and Abuja so that 5G can be deployed while people are trapped in their houses.
Pastor Chris Oyakhilome speaks on 5G and Corona virus

He said, “5G is the reason the Federal Government has to lockdown Abuja and Lagos so it could be installed. And there are other cities planned for and as I said before, what killed people in Wuhan, China is not the virus, it was the 5G. If you say it is not, tell us how you discovered yours.”
While his postulation won some plaudits among his followers, Nigerians at the other end have not spared the revered preacher over his comments – they have rained hard knocks on him for linking 5G to Coronavirus.
According to Matthew Ashimolowo, founder of Kingsway International Christian Centre, linking 5G technology to Coronavirus and anti-Christ is “foolish theory.”
He said, “If Coronavirus is caused by 5G, why is it in his village that does not have a 5G?
“It has always been the nature of Christian leaders to plant fear in their members whenever there was going to be a major world occurrence.”
Ifedayo Olarinde widely known as Daddy Freeze also came for Pastor Oyakhilome over his comments.
Freeze said he was totally disappointed at the preacher over his postulations and analysis of the pandemic.
He said, “I am disappointed in Chris Oyakhilome. How can the Federal Government has secret 5G plan? What on earth is this? How can he get away with saying such things? The deaths in Wuhan were caused by 5G not Coronavirus?
“According to him, the Federal Government needed to lockdown Lagos and Abuja to install 5G? Really? Like the government needs anyone’s approval to install anything.
“As far as I’m concerned, this is rooted deeply in illusory correlation, attitude polarisation and belief perseverance, making teachings like these dangerous.
“How I wish I can ‘unhear’ this, I can’t believe I just wasted a part of the few daylight hours at my disposal listening to such.”
On April 7, the Nigerian Government through the National Orientation Agency described Oyakhilome’s claims as unfortunate.
Spokesperson for the agency, Paul Ogenyi, while reacting to Oyakhilome’s theory, said, “It is very unfortunate that in this sensitive time some of our religious leaders are beginning to behave like they are uninformed. The Vatican has issued a directive that there should be no gatherings. The same has happened in Saudi Arabia.
“Nigeria has witnessed deaths and many infections. So, I appeal to religious leaders to seek information if they are not sure of the facts.
“I am actually surprised that Pastor Oyakhilome is making this statement despite repeated clarifications by the Nigerian Communications Commission that 5G has nothing to do with Coronavirus.
“Is he saying the lockdown in the United States and China is also because they want to lay 5G cables?
“If that is what he said, then he is not informed and needs to be educated.
“Nigeria needs to come together to fight this pandemic. It is real and we must fight it.
“If this kind of information continues to be disseminated, we will be the worse for it.”
South Korea has the highest number of cities with 5G availability, followed by China, United States and the United Kingdom, according to a report from network testing provider VIAVI.
The technology has been deployed in 378 cities across 34 countries as of January 2020.
Features Health Tech