Who Will Explain Coronavirus To Buhari? By Fredrick Nwabufo 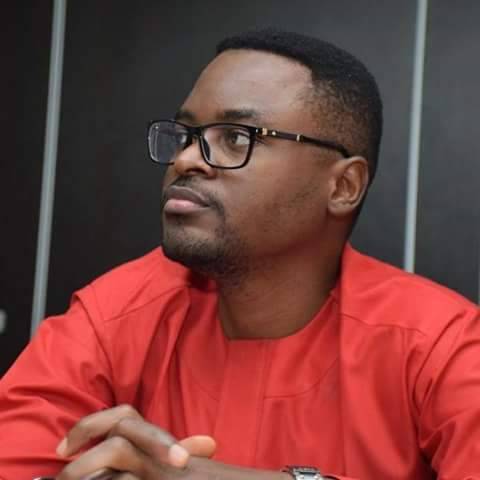 Coronavirus (COVID-19), an exorable doom, threatens life on the planet. It is exorable because it is conquerable. This explains why world leaders are taking the charge to combat this ominous apocalypse.
It is a time for leadership from the fore-end; a time when citizens must hear their leaders speak to them; see them take action, making assurances and fulfilling those promises. The counsel, consolation and firm statement of a leader is imperative at this moment.

In Canada, Justin Trudeau, prime minister, despite being in self-isolation and his wife battling the virus after contracting it at a conference in the UK, is leading the fight against this dreaded disease from the fore. He is providing regular updates of the efforts of his government to roll back this scourge, listening and speaking to citizens.
In a popular broadcast on March 13, Justin spoke to citizens of Canada announcing measures to relieve the financial stress brought on by the pandemic on Canadians.
“We do not want any Canadian to have to worry about whether or not they’re going to be able to pay their rent, whether or not they’re going to be able to buy groceries, or care for their kids or elderly family members. We need to make sure that Canadians have the options and the ability to follow the best public health advice and keep themselves safe,” he said.
In the UK, Boris Johnson, prime minister, leads the struggle against coronavirus. He provides updates, alongside health experts, on the measures his government is taking to tackle the spread of the disease. And in the US, Donald Trump is not shying away from speaking to Americans on the virus.
As a matter of fact, President Muhammadu Buhari’s lapses are often easily dismissed by his supporters or by Nigerians who do not know better. Some of them say, ‘’ Why must the president speak when the minister of health and the NCDC DG are already doing that?” This is a contemptible rationalisation of incompetence. Are they suggesting the president lacks the capacitance to understand the issues?’’
Really, I surmise the president has been walled off the ‘’candid cameras’’ over the years by his handlers – not just now – because he lacks the intellectual propensity to understand and discuss incisive issues. The last presidential media chat he held was in 2015 and it was a woeful outing. Also, his non-choreographed media interviews have been abysmal to say the least.
The truth is the unfiltered Buhari is a vacuously gaffing one. On October 14, 2016, standing beside Angela Merkel, German chancellor, Buhari said his wife, Aisha, ‘’belonged in the kitchen and the other room’’, when he was asked to comment on the first lady’s criticism of his government.
On April 18, 2018, at the Commonwealth Business Forum in London, the president said the young citizens of the country he leads are lazy.
“More than 60 per cent of the population is below 30, a lot of them haven’t been to school and they are claiming that Nigeria is an oil producing country, therefore, they should sit and do nothing, and get housing, healthcare, education free,” he said during a panel appearance with world leaders at the forum.
In a February 2016 interview with UK Telegraph, Buhari dropped another clanger. He said the young citizens of his country have a knack for criminality and should not be granted asylum in the UK.
With the Buhari experience, it is indubitable that Nigerians must place a high premium on education -- not just certificate – in choosing their leaders. The cost of electing leaders who do not have the intellectual grit to understand and handle matters is far too high.
The senate has asked the president to speak to citizens on this threat, and Nigerians are also asking the president to speak to them. This is an abnormality. Citizens must not beg to hear from their president. But because it is Buhari involved here, we have to beg and even excuse the crass inefficiency and vacuity.
Perhaps, the president is still trying to get a hang of it. I think he has ‘’capable handlers’’ who can break it down to him in ABC.
Mr President, speak to your citizens. The words of a leader are more resounding and assuring than the blandishment of proxies.
PS: Let’s follow all health protocol has advised by the NCDC.
• Wash your hands regularly with soap under running water.
• Cover your mouth and nose properly with handkerchief or tissue paper when sneezing and/or coughing. You may also cough into your elbow if a handkerchief is not available.
• Avoid close contact with anyone showing symptoms of respiratory illness such as coughing and sneezing.
• Avoid self-medication, report to the nearest health facility when you experience any of the above-mentioned symptoms.
Fredrick Nwabufo is a writer and journalist.
Twitter: @FredrickNwabufo
Opinion