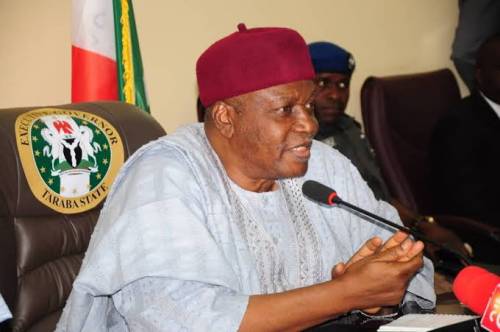 There is growing tension in Taraba State at the moment following the disappearance of Governor Darius Ishaku for over 80 days.


Since leaving the state capital, Jalingo, in December 2019 and moving to Abuja without transferring power to his deputy, Ishaku had not been seen in public.
His last official outing in Jalingo was on December 19, 2019 when he presented the 2020 budget to the state's House of Assembly.
Three days after that day, the governor left the state and has not returned since that period.
The opposition in the state believes Governor Ishaku ought to have transferred power to his deputy while leaving Taraba.
According to them, his continued stay in Abuja runs contrary to section 190 (1) of the constitution, which requires him to transmit a letter to the Speaker of the state's House of Assembly whenever he was going to be away for long.
The governor had recently explained reasons for his public disappearance by stating that he was receiving medical treatment for a domestic accident.
However, Ishaku did not give details of the nature of the ‘domestic accident’.
Some observers believe that the governor could be critically ill and that was why he had been away from public glare for several weeks.
News