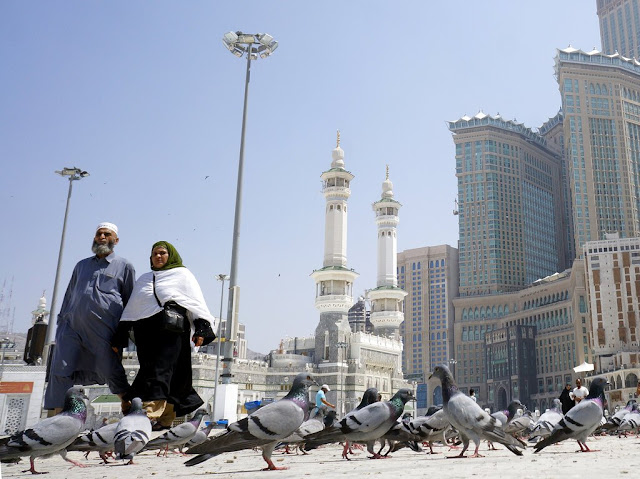 Hundreds of government officials, including military and security personnel, have been detained in Saudi Arabia on charges involving bribery and exploiting public office.


The announcement late on Sunday by Saudi's National Anti-Corruption Commission (Nazaha) also said that investigators would bring charges against those currently held in custody.
In 2017, security forces arrested scores of princes and members of the kingdom's political and business elite in what was billed as in an attempt to combat corruption among the higher echelons of the Saudi bureaucracy.
Those arrested were locked up for weeks in the luxurious Ritz-Carlton hotel in Riyadh, where some were reportedly physically mistreated.
According to experts, Crown Prince Mohammed bin Salman (MBS), the son of King Salman and heir to the throne, used the purge to remove people who could potentially pose a political threat.
The royal court said last year it was winding down that campaign after 15 months, but the authorities later said they would start going after graft by ordinary government employees.
Nazaha tweeted on Sunday that it had arrested and would indict 298 people on crimes such as bribery, embezzlement and abuse of power involving a total of 379 million riyals ($101m).
Among those implicated are eight defence ministry officers suspected of bribery and money laundering regarding government contracts during the years 2005-2015; and 29 interior ministry officials in the Eastern Province, including three colonels, a major general and a brigadier general.
Two judges were also detained for receiving bribes, along with nine officials accused of corruption at Riyadh's Almaarefa University, following a partial building collapse which caused deaths and injuries, Nazaha said.
The agency provided no names and few other details about the cases.

The arrests follow a new crackdown against senior royals and top officials earlier this month, according to several reports, in what appears to be the crown prince's latest effort to consolidate control of all major levers of power inside the kingdom.
Among those held in the sweeping clampdown are two of the most prominent royal family members: Prince Ahmed bin Abdul Aziz, a younger brother of the king, and Prince Mohammed bin Nayef, the king's nephew and former crown prince.
While Saudi authorities have not officially commented on the arrests, reports triggered rumours about a possible coup attempt or sudden deterioration in the health of 84-year-old King Salman.
MBS, the kingdom's de facto ruler, has reportedly fuelled resentment among some in the ruling family by tightening his grip on power and some question his ability to lead following the international backlash to the 2018 murder of prominent journalist Jamal Khashoggi by Saudi agents.
Some royals and members of the business elite have also expressed frustration with MBS's leadership following a major attack on the kingdom's oil infrastructure last year that was claimed by Yemen's Houthi rebels, sources told Reuters news agency.
A Saudi-UAE-led coalition fighting the Houthis to restore exiled President Abd Rabbu Mansour Hadi’s government has so far killed tens of thousands of people in Yemen, relief agencies say.
The fighting has triggered what the United Nations describes as the world's worst humanitarian crisis, with millions displaced and in need of aid.
News