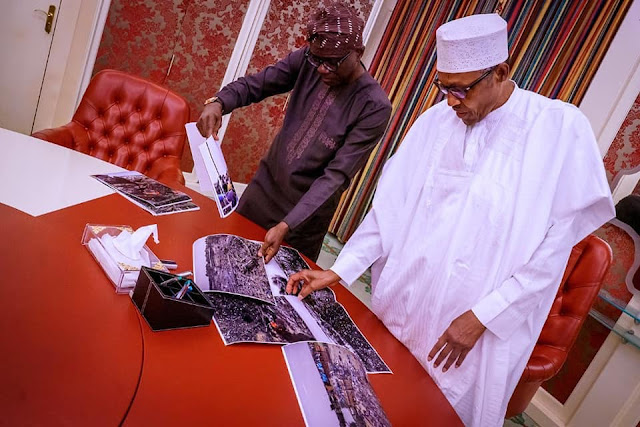 The Peoples Democratic Party (PDP) has described as 'embarrasing' President Buhari’s attitude to the Abule-Ado explosion in Lagos State.

In a statement released by its spokesperson Kola Ologbondiyan on Tuesday morning, the PDP condemned President Buhari for not going to Lagos to sympathise with the victims of the incident.

The party said it is ''strange that a leader could remain distant and not deem it fit to personally identify with the victims through a visit, but prefer to wait in the comfort of Aso Presidential Villa to be presented with photographs of the ugly incident.''

Read the statement below

The Peoples Democratic Party (PDP) has charged President Muhammadu Buhari to end his embarrassing lethargic approach to governance and the welfare of Nigerians, and immediately proceed to Lagos to reassure Nigerians over the horrendous Abule-Ado explosion that killed many of our compatriots, injured and rendered many more homeless.
The party said with such a national calamity and attendant loss of lives and property, it is indeed strange that a leader could remain distant and not deem it fit to personally identify with the victims through a visit, but prefer to wait in the comfort of Aso Presidential Villa to be presented with photographs of the ugly incident.
The PDP holds as unfortunate that the Buhari Presidency always waits to be reminded or prodded before identifying with our citizens and taking up responsibility whenever our nation is confronted with critical issues that directly affect the wellbeing and security of Nigerians.
Nigerians had expected Mr. President to always lead from the front on serious national issues, as he promised, but this had not been the case, resulting in leadership failure and myriads of security, economic, environmental and political problems that had bedeviled our nation in the last five years.
The PDP therefore urges President Buhari’s handlers to immediately schedule a visit to Abule- Ado, Lagos, so that Mr. President can have an on-the-spot assessment of the horrific incident and take corresponding action to avert a future recurrence.
The party also called for a forensic investigation into the spate of explosions, particularly the Abule-Ado disaster, given the conflicting reports on the cause of the incident.

The explosion in Abule Ado on Sunday March 15, left 18 persons dead and destroyed over 50 houses.
Politics