Liverpool have most valuable squad in Europe - CIES Football Observatory 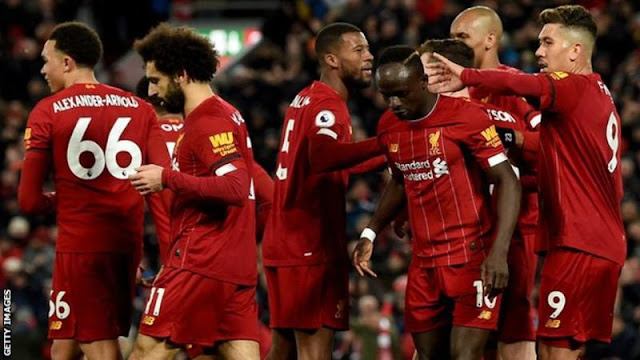 With an aggregated value of 1.4bn euros (£1.27bn), the Reds top the list ahead of fellow Premier League side Manchester City (£1.24bn) in second.


Chelsea are fifth, while Manchester United and Tottenham are in the top 10.
With a total value of £33.7m, Bundesliga side Paderborn are bottom of the table.
Liverpool are runaway leaders of the Premier League and need two victories from their remaining nine games to claim their first top-flight title in 30 years.
They won the Champions League last season and have added the Uefa Super Cup and Fifa Club World Cup this term.
Frank Lampard's Chelsea surprisingly sit fifth in the table with a squad value of £917m, but CIES say they have had a "strong increase thanks to the outbreak of many young talents following the transfer ban imposed by Fifa".
The CIES use a number of variables including the age of the player, performances, economic value of their club and inflation to work out the values of players.
Paris St-Germain's World Cup winning forward Kylian Mbappe, 21, has highest transfer value at more than £227m.
Sports