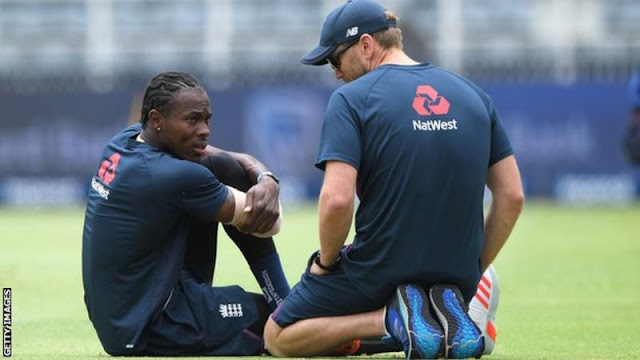 The 24-year-old, who helped England win the 2019 World Cup, said the issue needed to be "addressed properly".


He put screenshots of racist messages on his Instagram story on Monday evening.
"I will never understand how people feel so freely to say these things to another human being," he said.
"I given a lot of thought about reacting to this and I hope that no one else has to deal with stuff like this on a regular basis, it isn't ever acceptable and should be addressed properly in my opinion."
It is the not the first time that Archer has spoken out about racist abuse. He was racially abused at the end of the first Test against New Zealand as he scored a second-innings 30 during England's defeat in Mount Maunganui last November.
Sports