Joe Biden commits to picking a woman as Vice President 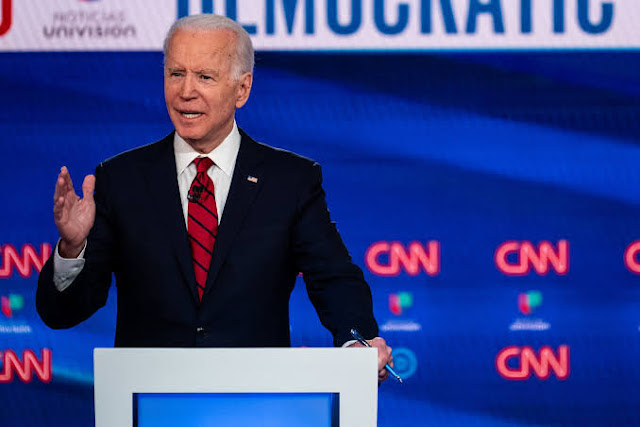 Decomocrat U.S. presidential aspirant, Joe Biden has said that he will pick a woman to be his running mate.

The former vice president said this at Sunday’s Democratic debate on CNN.

Mr Biden said:  “Number one, I committed that if I’m elected president and have an opportunity to appoint someone to the courts, I’ll appoint the first black woman of the courts. It’s required that they have representation now. It’s long overdue. 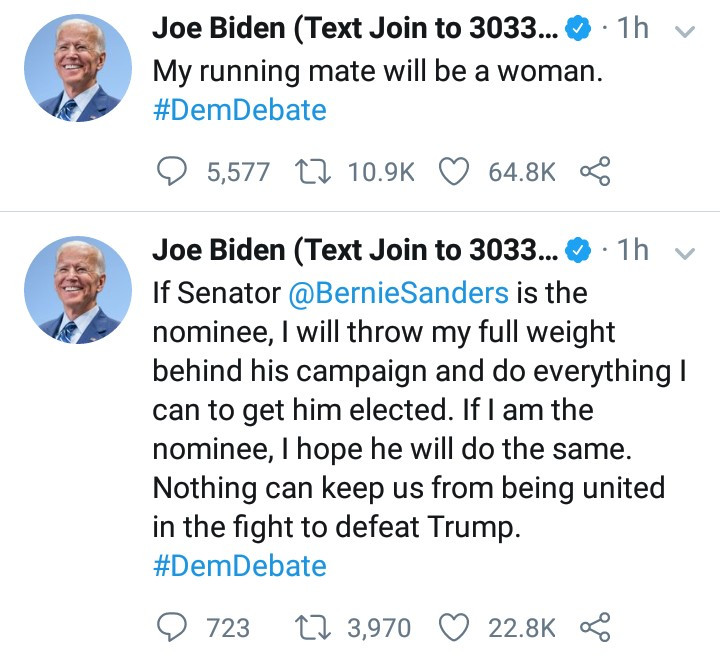 Mr. Biden made his commitment in response to a videotaped question from a voter posed first to Senator Bernie Sanders of Vermont about how he would ensure his cabinet would be equipped to offer the best possible advice about women’s physical and financial health.
Politics