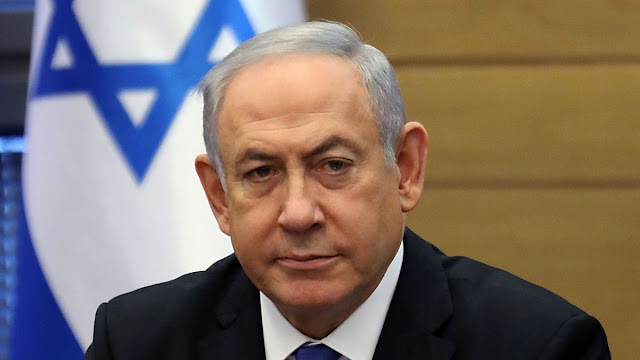 Israeli opposition leader Benny Gantz has called for a unity coalition, vowing to form a government "within a few days" after President Reuven Rivlin officially appointed the leader to establish the next government amid a coronavirus pandemic.


While Gantz called on Prime Minister Benjamin Netanyahu to join him in a unity administration, Monday's announcement was a sharp blow to Netanyahu, who had declared victory in the March 2 election.
On Sunday, 61 of parliament's 120 legislators had voiced support for Gantz, leader of the Blue and White party, in consultations with Rivlin.
At a televised ceremony on Monday, Rivlin gave Gantz 28 days, with the option of a two-week extension, to assemble a ruling coalition.
"I give you my word, I will do all in my ability to establish within a few days as broad and patriotic a government as possible," Gantz said at the nomination ceremony, without going into details.
However Gantz's backers include opposing forces - the Joint List, an electoral alliance of four Palestinian political parties and the far-right Yisrael Beiteinu faction led by former defence minister Avigdor Lieberman - that complicate efforts to form a viable government without wider support.

Netanyahu and Lieberman have proposed a six-month "national emergency government" grouping Blue and White and the prime minister's right-wing Likud party, to confront the coronavirus crisis.
Israel has held three inconclusive elections in less than a year, and Netanyahu faces a criminal indictment on corruption charges, which he denies.
Gantz, who in failed coalition negotiations with Netanyahu after a national ballot in September insisted on serving first as prime minister in a "rotating" leadership arrangement, called on his rival to agree to a unity deal now.
Harry Fawcett reporting from Jerusalem said that there is "enormous pressure" from Rivlin, Netanyahu and the public to form a stable government in order to tackle strains put on the country due to the coronavirus pandemic."The time has come for an end to empty words," Gantz said at the ceremony. "It's time to set aside our swords and unite our tribes and defeat hatred."
"Netanyahu is arguing for an emergency unity government under his leadership... will Netanyahu submit to being a number two in that administration [proposed by Gantz], he's shown no sign of that so far," Fawcett said.
He added that it remains to be seen whether the pandemic will force the politicians who have been "fighting for so many months" to work together this time around.
"Without coronavirus on the scene here politically, we may well be careering towards a fourth election.
"The fact that there are such big restrictions imposed, the economy partially shut down; there are big health and economic implications on the way," Fawcett said.

Speaking at a meeting with Rivlin Sunday, Joint List head Ayman Odeh said its voters had said "an emphatic 'no' to a right-wing government and Benjamin Netanyahu".
The Joint List is now the third-biggest party in the Israeli parliament, after achieving a record showing in the March 2 election.
About a fifth of Israeli citizens are Palestinian by heritage but Israeli by citizenship. But no Israeli government has ever included an Arab political party.Odeh called Netanyahu a "serial inciter" against Israel's Arab minority. His coalition would not join a government led by Gantz, but could potentially provide it with enough votes to govern.
Netanyahu's Likud party denounced any such plans. "While Netanyahu is handling a global and national crisis in the most responsible way, Gantz is racing to form a minority government depending on supporters of terror," the party said on Twitter.
With Netanyahu facing criminal charges in three corruption cases - his trial was supposed to start on Tuesday but was postponed until May 24 amid the coronavirus pandemic - political rivals have cast doubt on his motives for proposing a unity cabinet.
Hours after all 15 members of the Joint List recommended Gantz, Lieberman - of the ultranationalist, but secular Yisrael Beiteinu party - said on Sunday he made the same recommendation to President Rivlin.
Politics