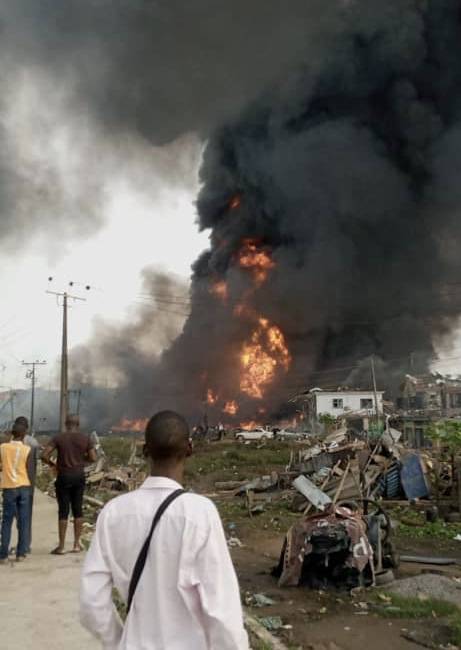 Scores of houses have been destroyed in several Lagos communities after an explosion hit the city on Sunday morning.


Persons residing in Abule Ado, FESTAC, Ojo and other areas all had bitter tales to tell on various social media platforms as they lamented the destruction of their houses and other structures.
Officials of the Lagos State Emergency Management Authority revealed that a pipeline exploded around Abule Ado while the Federal Fire Service in a post on Twitter disclosed that they were tracking the situation.
Sources however, confirmed to SaharaReporters that the incident was caused by multiple factory explosions at Abule Ado.

Citizen Reports: Photos From Site Of Explosion In Lagos