COVID-19: Africa told to prepare for worst. What's the response? 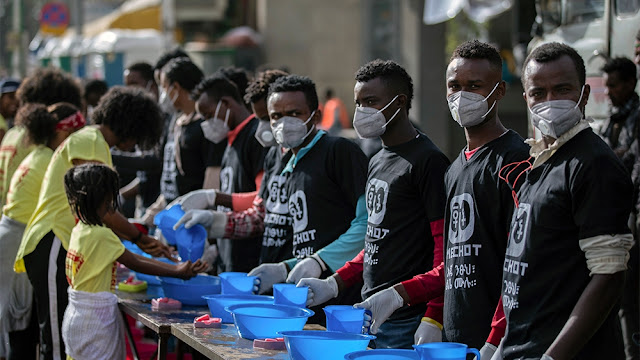 From imposing travel bans to prohibiting mass gatherings and shutting down schools, governments across Africa are increasingly adopting sweeping measures in a bid to curb the spread of the new coronavirus.


The emergency moves come amid a worrying rise in the number of infections registered in recent days across the continent after weeks of relatively few reported cases.
As of March 19, 33 African countries had reported more than 600 cases and 17 deaths due to COVID-19, the disease caused by the new coronavirus. More than 40 people have recovered.
But Tedros Adhanom Ghebreyesus, the Ethiopian director-general of the World Health Organization (WHO), said on Wednesday that the number of cases in the continent was likely higher and urged African countries to "wake up" to the increasing threat.
"The best advice for Africa is to prepare for the worst and prepare today," he said.
His warnings came as Nigeria, the continent's most populous country, barred entry to arrivals from 13 badly-hit countries. A host of other African countries have taken similar measures - especially in relation to travel from Europe, the current epicentre of the pandemic - and enforced mandatory quarantine of passengers from affected regions (find out more about travel restrictions here).
First detected in China late last year, the new coronavirus has rapidly swept through the globe, prompting the WHO earlier this month to declare the outbreak a pandemic. The wide and rapid rise in the number of cased prompted countries around the world to close borders, place citizens under lockdown and promote social distancing measures in a bid to slow the spread of the virus.'What about those who can't access water?'
While COVID-19 so far has no known treatment regiment, experts recommend a series of actions that can minimise the risk of infection, including the frequent and thorough washing of hands with soap and water.
Heeding the WHO's calls, the presidents of Senegal and Rwanda, Macky Sall and Paul Kagame, have taken part in the agency's #SafeHands social media campaign to show proper hand-washing practices. Other African leaders including South African President Cyril Ramaphosa and his Liberian counterpart, George Weah, have urged their citizens to avoid handshakes and use alternative greetings. 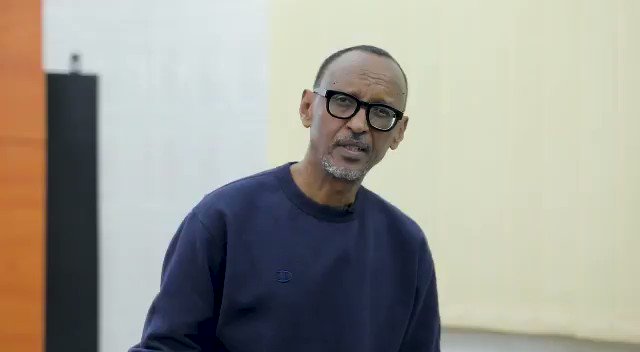 6,392 people are talking about this
Almost from the onset of the health emergency, the WHO had warned of the risk that COVID-19 could spread to countries with weaker health systems, including in sub-Saharan Africa, where poor sanitation facilities, the proliferation of informal economy and urban crowding pose additional challenges in the efforts to combat the highly infectious disease.
"Sensitisation in rural and informal settings is inadequate," Kenyan epidemiologist Nelly Yatich said."Also, you are telling people to wash their hands, but what about those that don't have access to water? How do you do social distancing in an informal settlement?"
James, a resident of Kibera, an informal settlement in Nairobi, described the challenging situation. "Many people are cramped together in small spaces," he said. "A lack of water is the norm, so washing hands is another issue. Also, people here live hand-to-mouth, they have to go to work regardless of what symptoms they are showing."

Alongside the recently imposed travel bans, countries such as Senegal, Rwanda, South Africa, Kenya, Ethiopia, Zambia and Tanzania are among those to have closed educational facilities.
Most countries, including Botswana, Ghana and Ethiopia, have placed a ban on sporting events. Other nations such as the Democratic Republic of the Congo, Rwanda and Ghana have also banned gatherings at places of worship.
In Kenya, which has so far registered seven cases, the government has urged employers to facilitate work from home for their staff and called on people to make cashless transactions. Some parts of the country like Makueni County have suspended market days while authorities in Mombasa County have ordered nightclubs to remain shut for 30 days.
Yatich said 35 isolation centres have been set up in the country but noted that they are inadequately equipped, leaving healthcare workers already lacking enough protective gear and training at risk.
A healthcare worker in Kenya's capital, Nairobi, who asked to remain anonymous, said she and her colleagues were terrified of contracting the virus, citing lack of water and sanitisers in the hospital she works at.

In neighbouring Somalia, Minister of Health Fawziya Abikar Nur on Monday announced the country's first case, a Somali national who had returned from China.
The news heightened concerns over Somalia's ability to cope with a potential outbreak.
"Three decades of conflict, ongoing security challenges and under-resourced public health programmes means that managing a crisis of the scale of the COVID19 pandemic could leave this emerging yet fragile state crippled," Hodan Ali, a Mogadishu-based family nurse practitioner, said.
But even in countries with no confirmed cases, such as Zimbabwe, concerns linger. The government in Harare on Tuesday declared a "national crisis" over COVID-19, but some local residents complained about the authorities' response amid long-standing grievances over a deepening economic crisis and lack of basic services.
"Some businesses are encouraging people to work from home but we have 18-hour power cuts here," said Mishek Chirwa, an IT consultant in Zimbabwe's capital. "The government has failed to do enough. We also have a water crisis, all these present multiple challenges."
Meanwhile, the rise in the number of coronavirus cases appears to go hand-in-hand with a surge in myths and misinformation surrounding it, complicating even further the efforts to contain the crisis. In Kenya, authorities this week arrested 10 people at a medical spa that allegedly advertised "fake" coronavirus testing kits.

Al Jazeera English ✔@AJEnglish
From fast-moving myths to an avalanche of news - #coronavirus has dominated the conversation online and off. 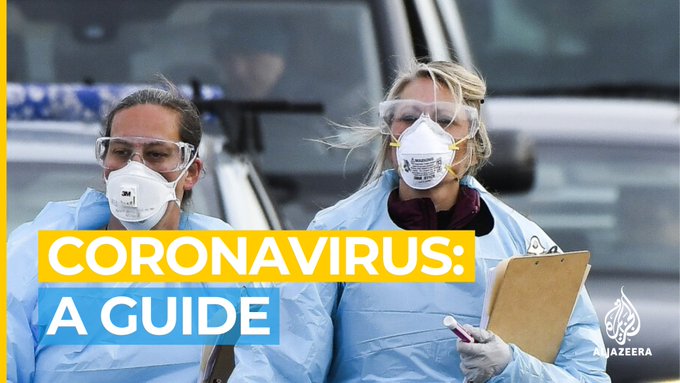 323 people are talking about this

Still, experts expressed confidence that the lessons learned from previous health emergencies, including the devastating Ebola outbreak in 2014-2016 that killed more than 11,000 people in West Africa, will help in the fight against the new coronavirus.
"Ebola may be different to COVID-19, however, the continent has experience," a source at the Congolese Ministry of Health said. "Welearned about the importance of prevention, the need to mitigate false information."

Ngozi Erondu, associate fellow of the Global Health Programme at Chatham House, also singled out as positive developments the establishment of institutions such as the Africa Centre for Disease Control and an increase in the continent's laboratory capacity - according to her, at least 20 countries have COVID-19 testing facilities.Ugandan physician Sabrina Kitaka agreed. "Uganda has managed Ebola and Marburg, so we have trust in our systems," she said.
"Prevention of a large outbreak rests on containment of imported cases and trying to stop community transmission," Erondu said.
Chikwe Ihekweazu, director-general of the Nigeria Centre for Disease Control, said Nigeria has strengthened its surveillance detection and response capacity, adding that "as the epidemiology of the disease is changing rapidly, so is our response."
"One of the strongest improvements we have seen when compared to the Ebola outbreak in West Africa in 2014, is the coordination and support from WHO AFRO, the Africa Centers for Disease Control and the West African Health Organizations," he added.
In Senegal, meanwhile, one of the few sub-Saharan African countries to have registered local transmission, professor Moussa Seydi, head of the infectious diseases department at Fann Hospital, expressed hope that a combination of laboratory capacity, government directives and the population adhering to guidelines would result in the country being able to deal with the virus.

'We'll get through this'

Still, worries ranging from the ability of strained healthcare systems to handle a severe outbreak to challenges over childcare during school closures, as well as the effect of the restrictions on those in the informal economy and the consequences of the pandemic on economies across the continent, play on people's mind.
Against all this, the drastic measures announced in recent days prompted scenes of panic-buying in some countries on the continent, similar to what happened in many other parts of the world.
"We have seen people frantically purchasing items," said Rose Arunga, a supervisor at a Nairobi supermarket. "Authorities took action against one supermarket which increased prices of sanitisers."
In the Sudanese capital, Khartoum, architect Tagreed Abdin said the new coronavirus is what "everyone is talking about".
"While some pharmacies have been hiking up prices of masks and sanitiser, there have also been heart-warming stories about some distributing these for free," he added.
However, in Monrovia, the capital of Liberia, one of the three countries ravaged by Ebola some five years ago, store owner Joshua Sneh said things were much calmer.


"We'll get through this," he said.
Health News Opinion