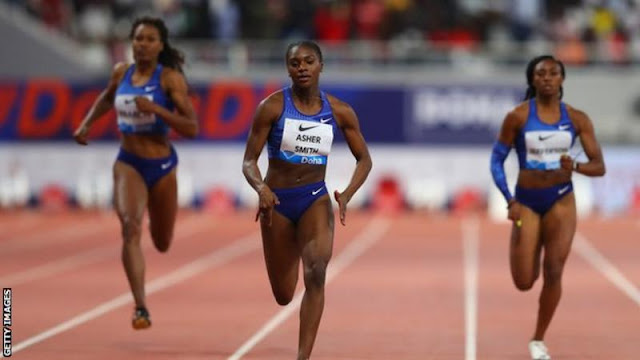 The events were scheduled to take place in Doha, Qatar on 17 April, Shanghai on 16 May and another Chinese venue that was yet to be named, on 9 May.


Organisers hope to stage the Shanghai meeting on 13 August.
No new dates for the other two meetings have been announced, but they could be held after the Diamond League final in Zurich in September.
"This decision was made in close consultation with organising committees, local authorities and sports governing bodies," read a statement.
"It is forbidden to enter Qatar from a number of countries and the government in Doha has suspended all national and international events for a period of 30 days.
"While the number of new infections is now decreasing in China, the fact remains that preparations for the meetings have been set back by several weeks and the closed borders and travel restrictions make it impossible to organise international top level competitions."
Meanwhile, England, Welsh and Scottish athletics have suspended all club activity and competitions until at least the end of April in response to new UK government advice advising against non-essential travel and social contact.
Health Sports